12 of the Best Day Trips from Split, Croatia

Split is Croatia’s second largest city and boasts a population of nearly 250,000 residents.

It’s located on a large peninsula that juts into the Adriatic Sea along the country’s central coast, and though most visitors have little trouble finding things to do within city limits, for those with the spirit of the open road, both guided and unguided day trips from Split are popular ways to explore the fascinating country.

Its historic attractions are among its biggest draws, but it’s also known for its friendly people, pleasant climate, and vibrant cuisine that includes a number of international influences, both traditional and contemporary.

Related reading:
Check out our guide on Where to stay in Split, Croatia – The Best Areas
The ultimate list of 12 Beautiful Towns to Visit in Croatia 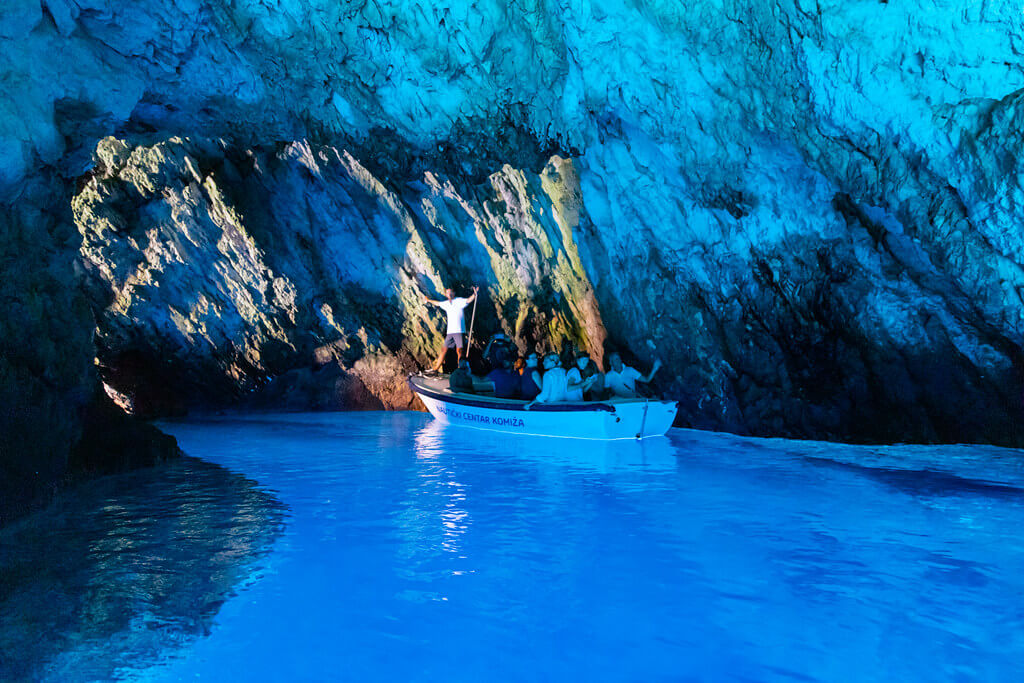 The Adriatic Sea is one of Croatia’s most prominent features, and there’s really no better way to enjoy it than by visiting some of the country’s most spectacular islands.

Blue Cave is a natural wonder located on Bisevo Island just off the coast, and for many visitors this full-day excursion option ends up being one of the highlights of their trip.

The tour by highly recommended Zen Travel includes stops at five islands, many of which are inaccessible to visitors who aren’t part of this exclusive tour.

Swimming, snorkeling, dining on local Dalmatian food and wine, and exploring ancient Greek and Roman ruins round out the tour’s activities making it one of the best day trips from Split. 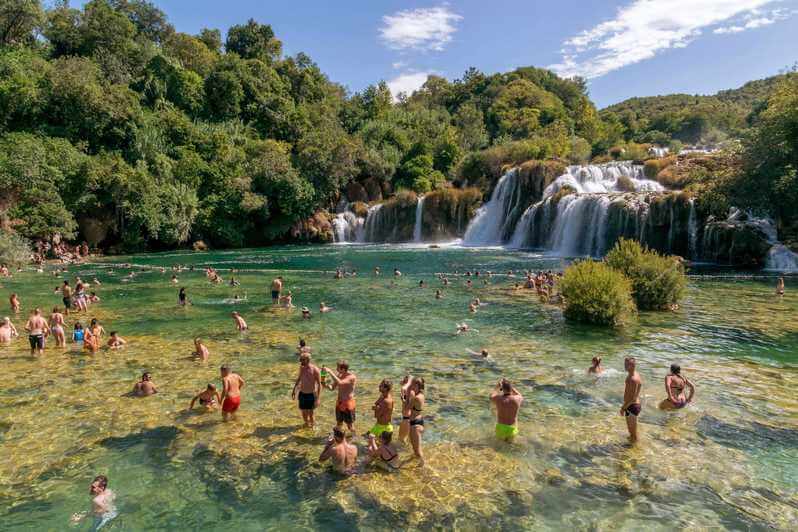 Visitor’s to Split have a variety of day trip options at their disposal, and visiting Krka National Park and the country’s stunning waterfalls is among the most popular.

This full-day park and falls tour includes round-trip transportation from Split aboard a comfy van with air conditioning and Wi-Fi.

Visitors will cross a picturesque lake on their way to the park, and once inside will have approximately 4 free hours to explore the area’s attractions and activities that include historic buildings, majestic waterfalls, swimming, and dining.

Food, drinks, and tips aren’t included, and this tour is best left to the relatively young and physically fit. 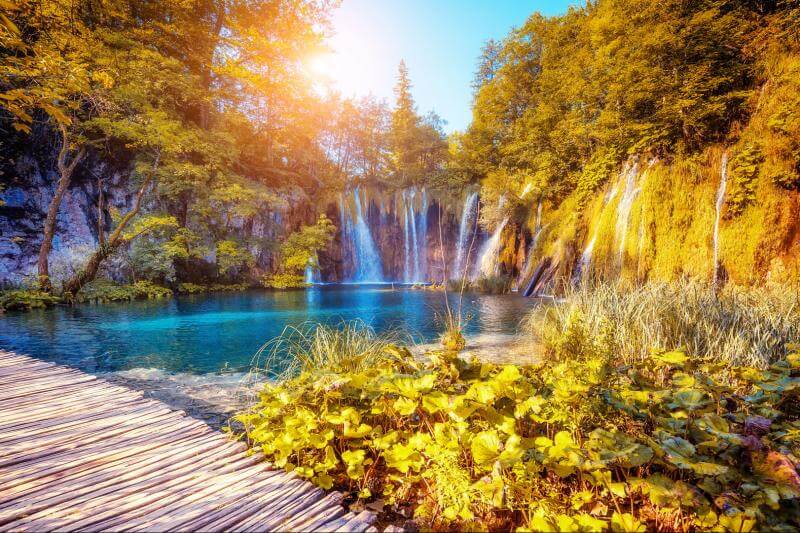 The Plitvice Lakes National Park Tour is one of the best day trips from Split for those who’ve got the flexibility to dedicate a whole day to seeing some of Croatia’s most impressive natural attractions.

Tour guests will explore a region that’s home to dozens of lakes and waterfalls, and amazing views of the Adriatic Sea.

The tour includes both guided and free exploration time, and everything’s included except meals, tips, and personal expenses. 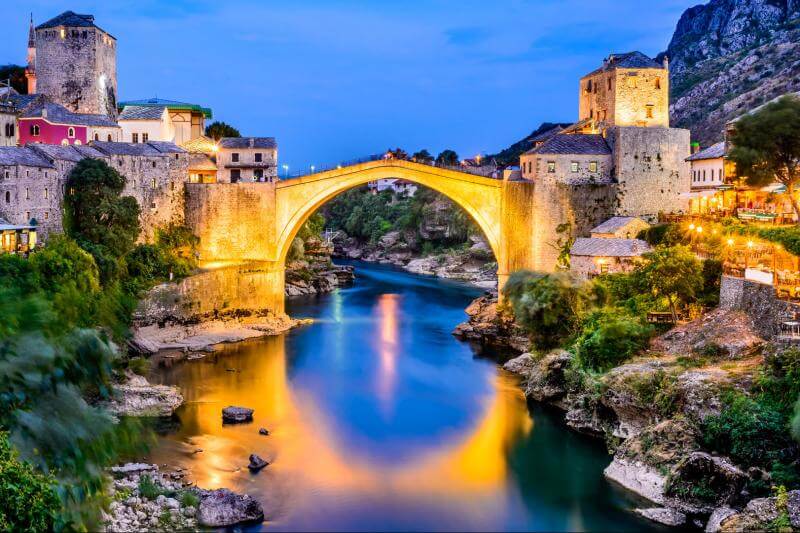 Like many regional day trips from Spilt, Mostar and Medjugorje are accessible from both Trogir and Split, making them great fits for those whose travel plans are relatively fluid.

The Mostar portion of the tour includes trips to the old bazaar, a historic mosque, and a number of local shops where craftsmen still labor using traditional tools and techniques.

Though it’s just as quaint and historic, nearby Medjugorje is most well-known as the site where an apparition of the Virgin Mary reportedly appeared to local children in 1981.

Now the city attracts large crowds of religious pilgrims annually, and a number of popular masses are regularly held as well. 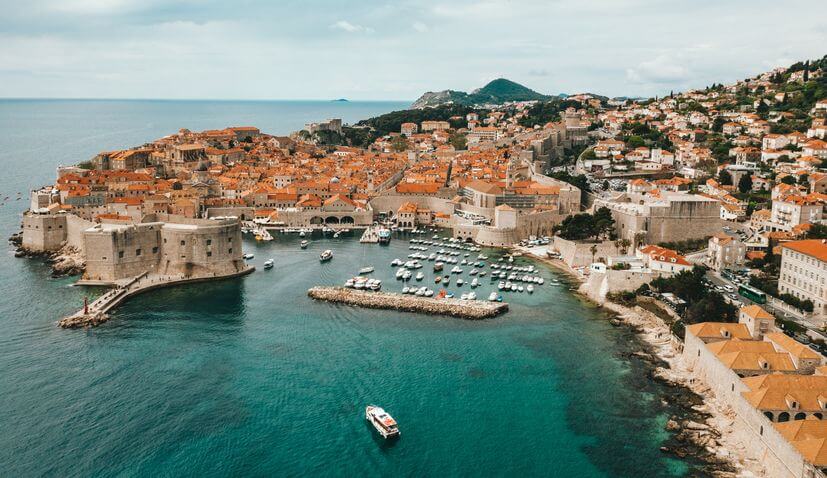 Dubrovnik is a famous walled city that’s home to a number of historic attractions like a Franciscan monastery, an opulent palace, a gothic cathedral, and the oldest pharmacy on the continent. It should be on everyone’s best day trips from Split list!

The tour includes round-trip transportation from Split, as well as the services of a knowledgeable local guide who’ll enthrall you with his or her insight into the area’s culture and history.

For many visitors intent on forgoing the modern world and immersing themselves in the past, Dubrovnik is a true gem.

Guests will have ample time for dining, relaxing, and exploring on their own before boarding the bus back to Split.

The tour gets underway in Split and stops at the medieval city of Ston which is famous for its historic salt works, massive wall, locally produced wine, and fresh shellfish like oysters and mussels. 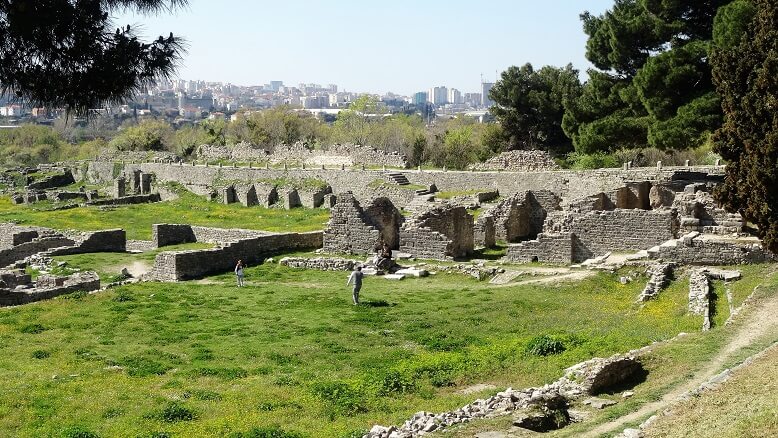 History and archaeology are big draws for those visiting Croatia, and the towns of Salona, Klis, and Trogir are the region’s most popular day trips from Spilt for lovers of medieval and Roman history.

The tour begins in Split, and among its three stops attractions include the Roman era’s 2,000-year-old provincial capital, ancient villages, and a hilltop fortress that was the last bastion for Croatian royalty during Turkish invasions nearly 600 years ago.

The town’s narrow streets and impressive architecture will make you feel like you’ve taken a giant leap back in town, and you’ll have the opportunity to meet locals and sample traditional cuisine as well. 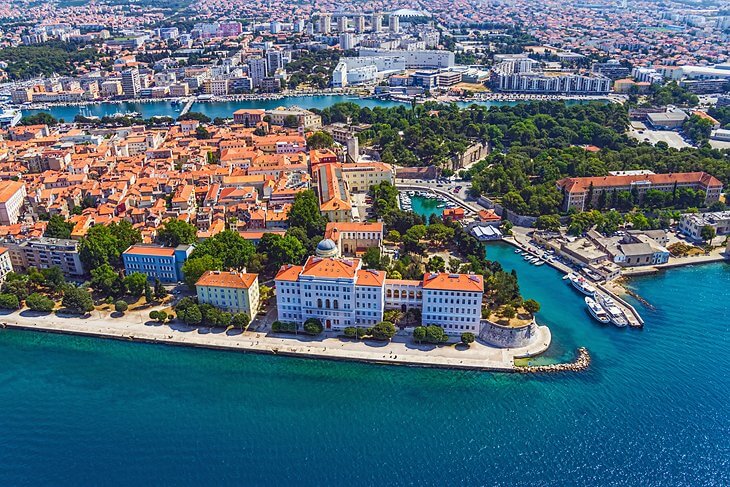 Many travelers choose to spend an entire day exploring the region’s lakes and waterfalls, but for those looking to get the most bang for their limited vacation time, the side excursion to the coastal town of Zadar is an added bonus.

Stunning sea views, historic monuments, and stalwart ramparts are just a few of the quaint town’s centerpieces, and before leaving for Split guests will have time for a relaxed dinner and a drink or two in the city’s historic center. 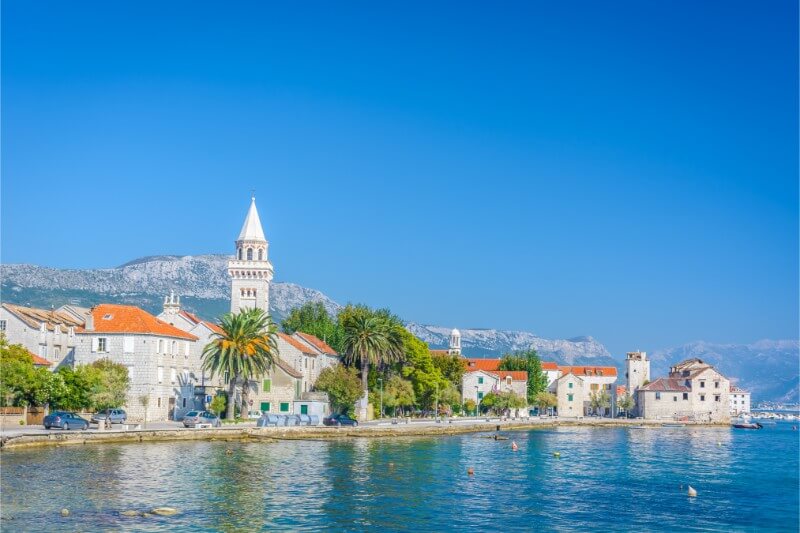 In years past private tours with local sommeliers were largely the realm of the well-to-do, but for hordes of jet-setting wine lovers, that’s no longer the case.

The Kaštel Sućurac winery is a perfect escape destination for those who’d rather savor local and regional wines than stand in a crowded bar drinking mass produced beer.

In fact, the region around Kaštela is one of the country’s premier grape growing areas, and it’s evident in the wines produced nearby.

This three hour tour includes a behind the scenes look at winemaking, and a private tasting that includes a variety of wines pared with tasty tapas. 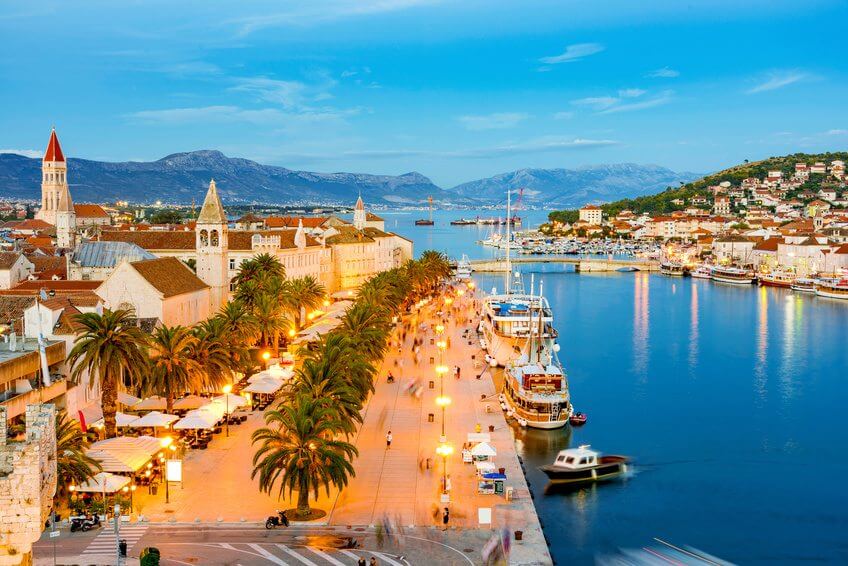 The historic city of Trogir is often described by visitors as a living, open-air museum.

The city’s most well-known for its Dalmatian architecture, Church of St. Lawrence, and narrow streets that harken back to the days when renaissance philosophers and politicians discussed the issues of the day in idyllic courtyards.

This 1.5 hour day trip from Split hits the city’s main attractions without wasting valuable time, and isn’t as hard on the wallet as some tours that include more activities.

It’s a great fit for those with limited attention spans and tight itineraries, but you’ll need to bring a few extra bucks for food, drinks, and souvenirs. 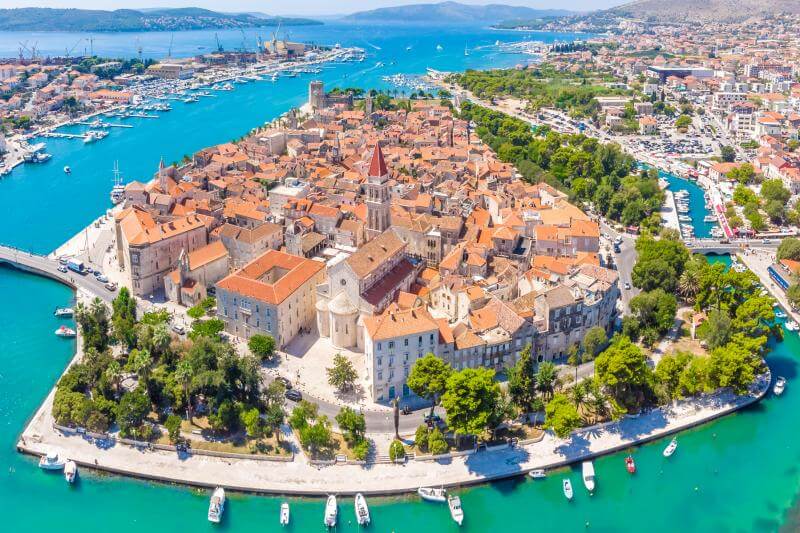 Motorcycle tours may not be suitable day trips from Split for the elderly, children, and those with weak hearts, but for the fit and fearless they’re incredibly memorable ways to experience Croatia.

Each powerful Honda motorcycle is guided by an experienced driver, giving backseat riders the perfect chance to see the sites without all the annoying confines of a tour bus.

Most of the tour explores the Dalmatian countryside, and includes cultural and historic narration along the way, as well as a meal with a local family.

Tours include stops at a national park, historic towns, and other hidden gems between Split and Trogir. 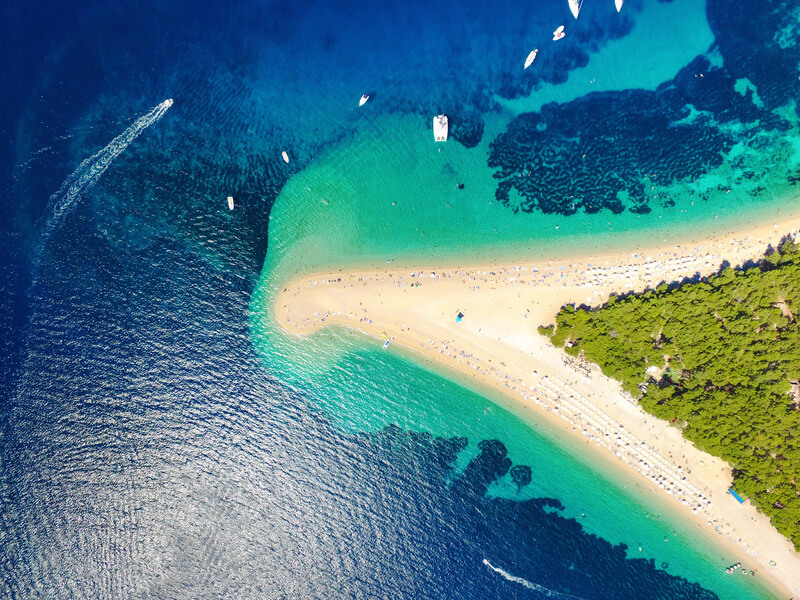 In addition to being hotspots for wine and cuisine, Croatia’s Adriatic coast is a center of olive growing and olive oil production.

This 8 hour tour gives guests access to some of the region’s most scenic sights, as well as in-depth looks into the area’s food scene, culture, and a local farm and olive processing facility.

Though it’s not far from Split, Brac Island is in many ways worlds away. It gets less traffic than other nearby tour destinations, and therein lies much of its charm for those looking to distance themselves from the crowds.

After the tour guests will have time to dine and explore the island’s beaches, coves and archaeological sites. A well-worthy addition to this list of the best day trips from Split. 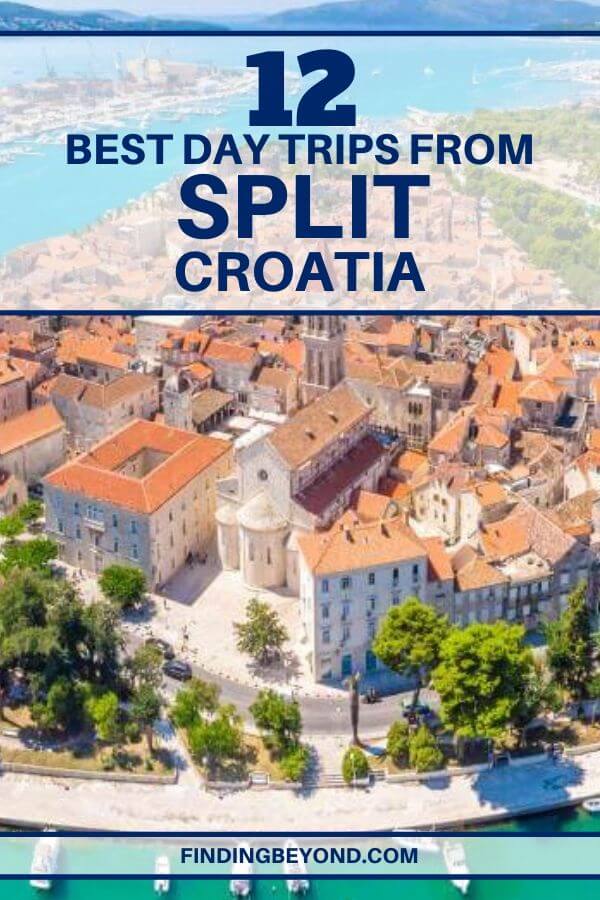 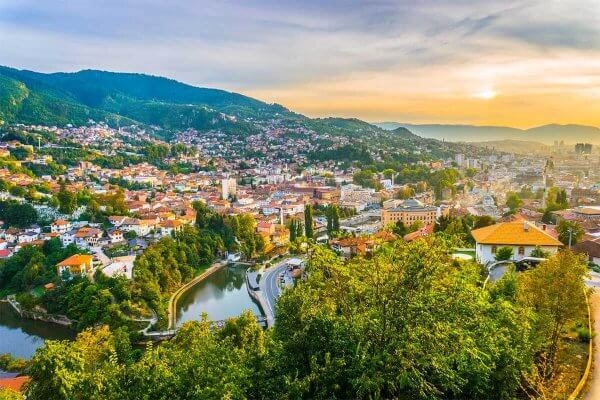 Romantic Things to Do In Sarajevo For Couples 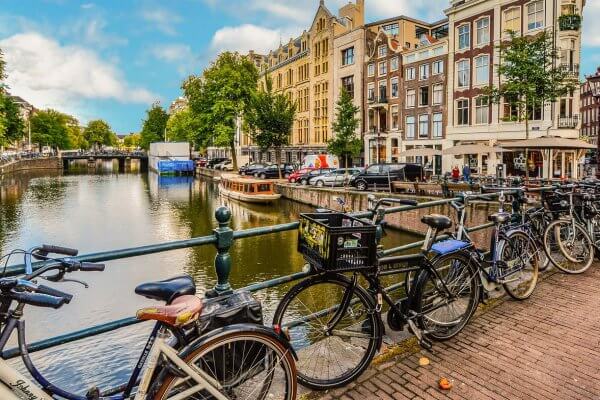 How to Enjoy Amsterdam in Summer Like the Locals 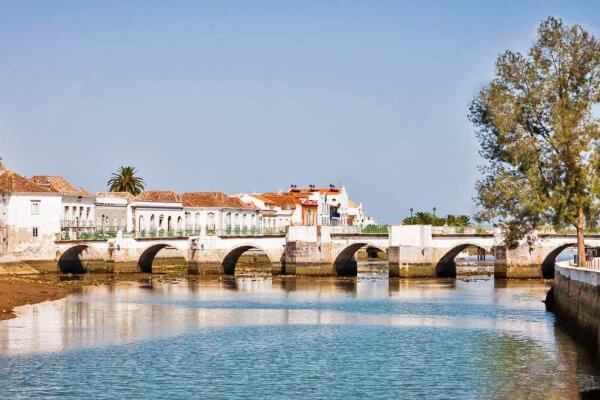 Where to Stay in Tavira, Portugal - The Best Areas