In recent years, the Aztecs have not been forgotten. From their bold patterned fabrics to their majestic architecture, they still influence pop culture in a variety of different ways. Take recent fashion trends, like “Aztec print,” which features an intricate series of geometric shapes and line work complete with bold, unforgettable colours. While the print originally gained popularity years ago, people can’t seem to get enough of those elaborate patterns even today.

On the other hand, the Aztecs have also played their part in recent films and games. For a world that was new to conquistadors and Europe at large, the Aztec empire was stunning with its stone pyramids, lush green jungles, crystal clear waters, and sandy white beaches. And the Aztec empire still inspires creators today, including online gaming companies. In one game of cascading slots, players can try their hand at finding the ancient city’s riches, hidden behind stone figures.

Another entertaining video game that’s based on the Aztecs is Aztec Empire, an online city-building game similar to Sim City or Zoo Tycoon. It also features a strategic thinking aspect because players have to consider their architecture, agriculture, and military in order to protect the city of Tenochtitlan. Produced by a team of two developers in Germany, this indie game is funded by a Kickstarter and hopefully will be released soon.

Of course, Mexicans are also influenced by their Aztec ancestors and have created many films that explore history from their unique perspective. The Other Conquest, released in 1998, follows Topiltzin, the son of Montezuma. With the Aztec land under Spanish conquest, Topiltzin is sent away to be converted by a friar. As the two get to know each other, many questions are raised about culture, religion, and ethics. The film has been critically acclaimed and is definitely worth a watch.

In any case, there’s no doubt that the Aztec empire has influenced all sorts of creators and will surely influence more in the future. Let’s take a look at some of the places they might have visited.

Before hitting those Mexico City streets, make sure to change currencies to pesos to get better deals. Most importantly, don’t follow the tourists when exploring. Mexico is full of amazing ruins and breathtaking sites – there’s no need to crowd around the most popular ones! 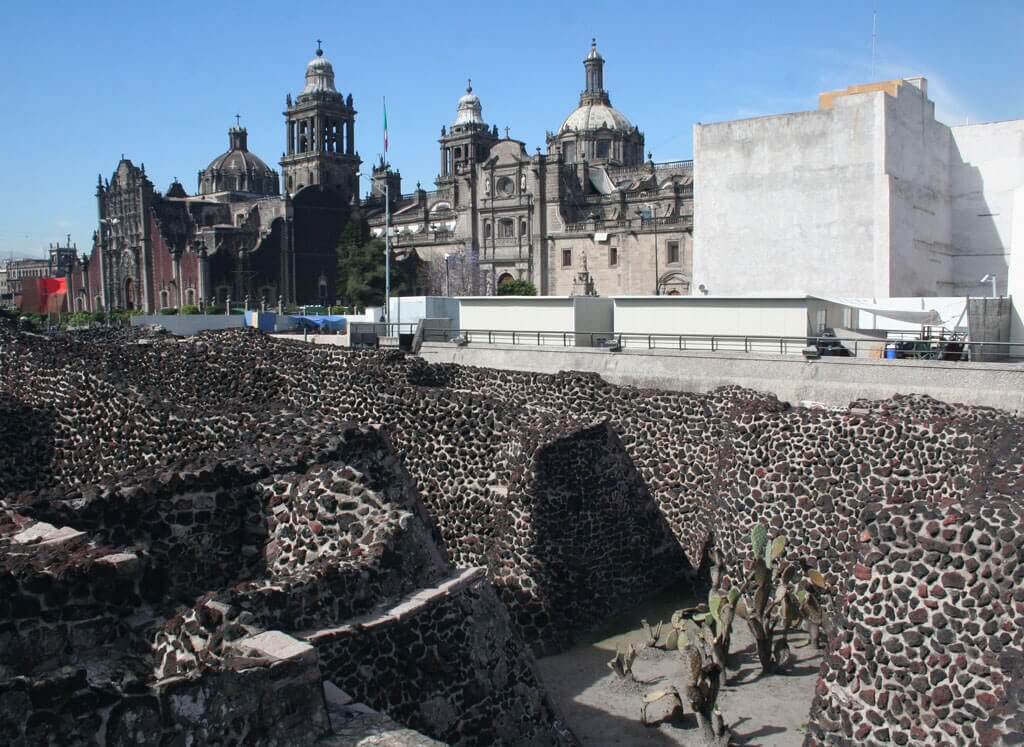 For anyone who wants to check out some of the ancient ruins around town, Templo Mayor is the perfect place. Located in the heart of Mexico’s City centre in El Zolaco, these ruins are some of the last remains of the Aztec capital, Tenochtitlan.

Before the conquistadors invaded, Tenochtitlan was a key trading city that could effectively keep growing because the Aztecs built floating gardens, called chinampas, over Lake Texcoco. Each chinampa connected to others via a series of bridges and canals.

The majority of the city was destroyed during the conquest, and while there are several museums that display the chinampas and explain in-depth how they served the city, the only part that remains of Tenochtitlan is the ruins of Templo Mayor.

This is one of many holy sites for the Aztec people, now known as “Nahua,” who are the descendants of the Aztecs and speak the original language, Nahuatl.

Next to Templo Mayor, visitors can also pass by the Metropolitan Cathedral, built right next to the ruins. There is also the Templo Mayor Museum, where visitors can learn more about Aztec history and culture. 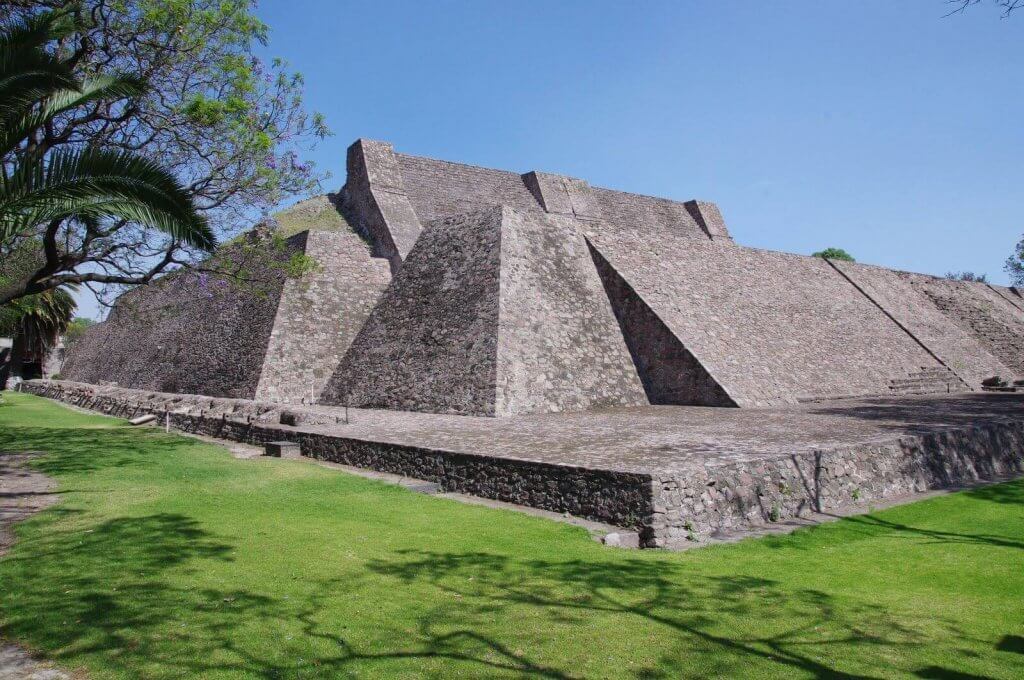 For those who may not know, the Aztecs were a powerful society that colonized smaller cities and towns. Tenayuca was one of those few.

What makes Tenayuca so important for Aztec culture is that its imagery deeply affected the Aztecs when they conquered the city in the 14th century. One feature, the double pyramids dedicated to the gods of rain and war, became a common architectural motif for the Aztecs.

Another image Tenayuca is famous for is its snakes engraved on the walls at the base of the pyramids. Art historians claim this link to snakes could be inspired by a previous community, called the Toltecs.

A little bit further out from the centre, Tenayuca is certainly worth a visit for anyone who wants to see one of the last few remaining double pyramids.

Last but absolutely not least, Teotihuacán is one of the most famous Aztec ruins, and with good reason. With three larger than life pyramids, dedicated to the sun, moon, and feathered serpent, Teotihuacán has been named a UNESCO heritage site.

Teotihuacán is one of the oldest settlements, and like Tenayuca, was not originally Aztec. In fact, according to history, the site was abandoned when the Aztecs arrived, but they were nonetheless inspired by the incredible architecture and repurposed it for their own religious purposes. They referred to Teotihuacán as the “City of Gods.”

Apart from the breathtaking ruins, Teotihuacán is also home to loads of fabulous murals, museums, and butterfly exhibits.

Heading to Teotihuacán is a bit of a day trip due to its distance and all the activities it has to offer, so travellers should square away some time for this excursion.