The Wonders of Kerala - Spectacular Sites, Sounds, and People

The name Kerala itself almost seems to have a whiff of magic in it. While I certainly had heard a thing or two about Kerala before visiting, it wasn’t until I arrived that I truly began to understand the magic that is threaded throughout this part of southern India. It is where the elephants wander, where the food is spicier, where the colors are brighter. Thank you for being here, and for allowing me to be your guide as you get to know Kerala a little better.

Kerala is a state of India that lies on the southwestern part of India, on the tropical Malabar Coast. With roughly 600 kilometers of Arabian Sea shoreline, Kerala is positively dreamy. In fact, National Geographic has declared Kerala “one of the ten paradises of the world.” There is more than just the landscape that makes Kerala a paradise— it’s the authentic culture, the kind people, the rich art, the ambrosial food.

How to Get To Kerala? 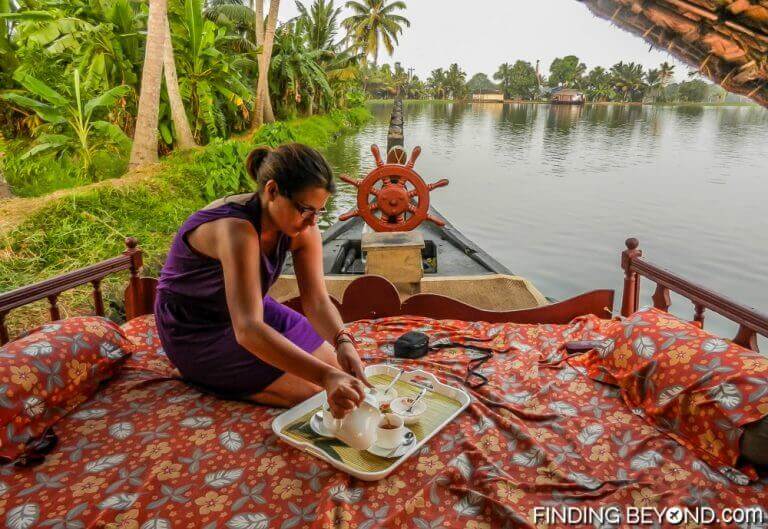 While Kerala can certainly be reached by bus or train, as India is well connected by road and railways to all of its major cities, the easiest way to reach Kerala is by airplane. There are two main airports that provide access to Kerala, Thiruvananthapuram and Kochi. I opted for flying into Kochi, also called Cochin, airport as it had cheaper flights than Thiruvananthapuram airport.

What Is Kerala Famous For?

Kerala has more than one claim to fame. Known as “God’s Own Country,” Kerala is spectacularly scenic with lush landscapes, serene backwaters, tropical coastlines, and exotic wildlife. Moreover, Kerala is the ayurvedic capital of the world. If you are seeking a healing ayurvedic treatment, Kerala is the true source. With authentic treatments, and intensely knowledgeable doctors and practitioners, these integrative healing therapies will help you restore balance at the most fundamental level. Plus, spending time amongst ayurvedic healers is something you’ll never forget. Their knowledge seems truly endless! 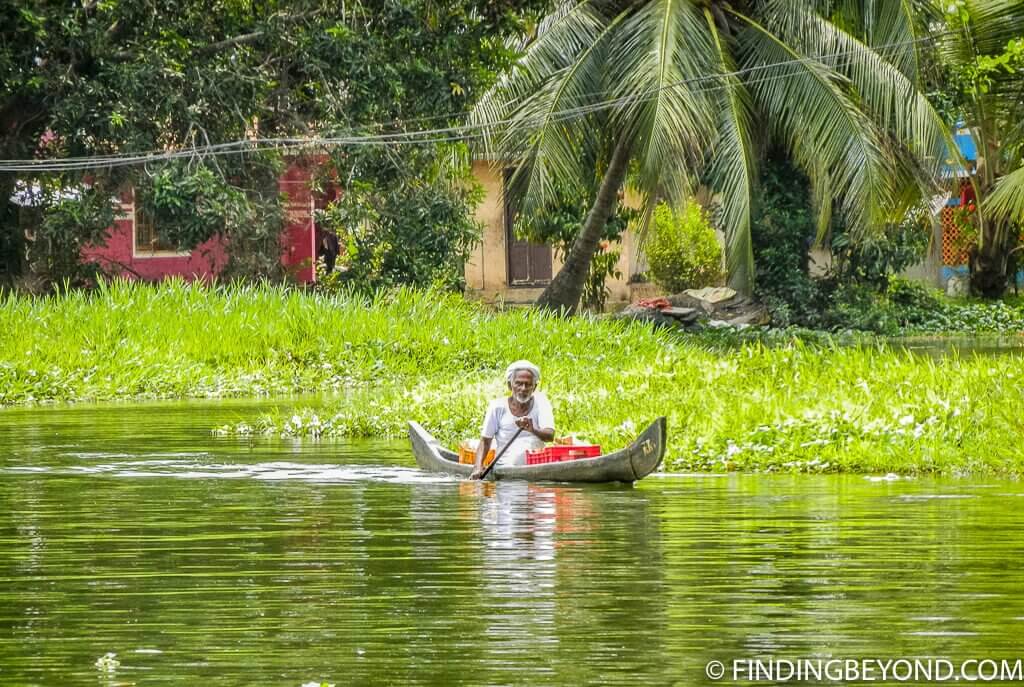 Local man on a canoe in Kerala’s backwaters

Visiting Kochi – What To Do and See

Kochi is positively bursting with its very own blend of culture and history. You will be dazzled by Kochi’s uniqueness and dynamic multicultural representation such as the Christian Santa Cruz Basilica and the Paradesi Synagogue. However, it is the Kathakali Center that I found to be the most memorable. At the Kathakali Center, you’ll bear witness to traditional Hindu dances, performed in wild and eccentric costumes. I was blown away by the Kathakali performance— it was completely enthralling. Plus, it’s easy to meet and make friends with your fellow audience members. Going out for a bite to eat after the show with new friends was a highlight of my time in Kochi. 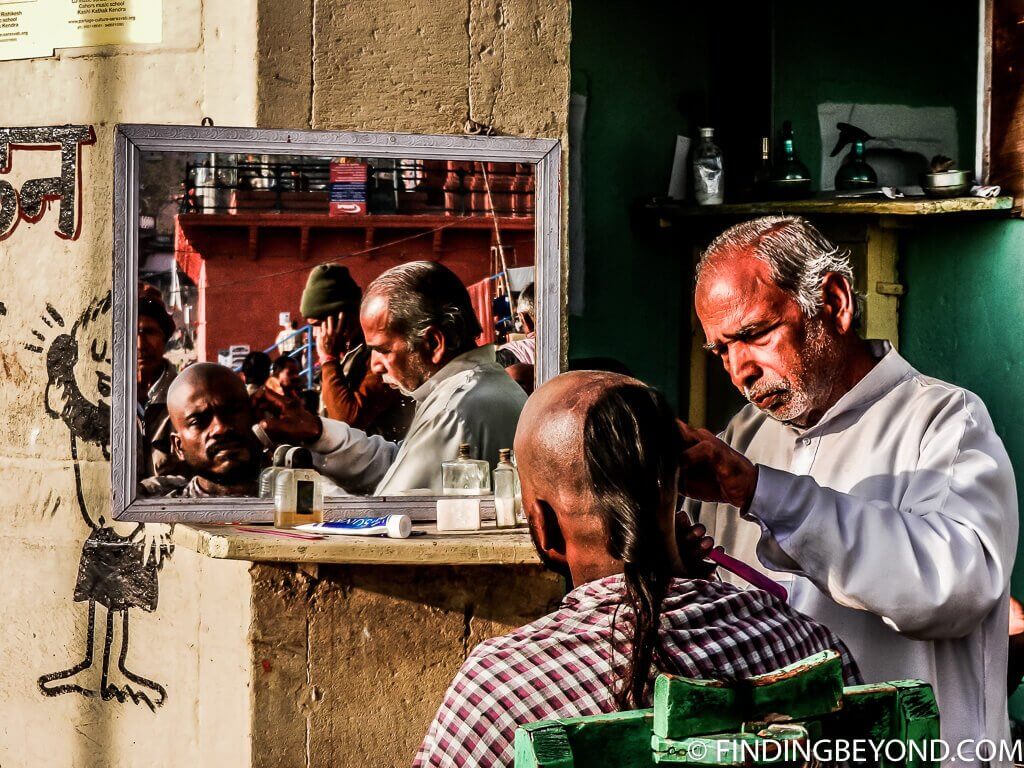 You also would regret not seeing the fishing villages. Gigantic Chinese fishing nets make for a positively picturesque stroll along the shore. I recommend visiting close to sunset to capture an epic photo.

In Kochi, there was a coconut vendor whom I visited each evening to get my daily coconut. He had flinty eyes and very few teeth. The way that he would light up each time he saw me approaching left a mark on my heart. You never know where you will meet such sweet souls, but in Kerala you are guaranteed to find at least one.

Visiting Munnar – What To Do and See

Munnar is one of the crowning jewels of Kerala. Overflowing with emerald and jade-hued hills, home to hundreds of tea plantations, Munnar looks like something out of a dreamscape. Situated 1,600 meters above sea level, Munnar is misty and mystical, and entices the imagination as you meander down winding roads draped in every possible shade of green.

I recommend touring the Lockhart Tea Factory. There is a wonderful tour and an extensive tasting to take part in. You’ll have to take a rickshaw about 10 kilometers southeast of Munnar itself. Moreover, there is also a fantastic tea museum to visit, situated inside the Nallathanni Estate of Tata Tea that shouldn’t be missed. 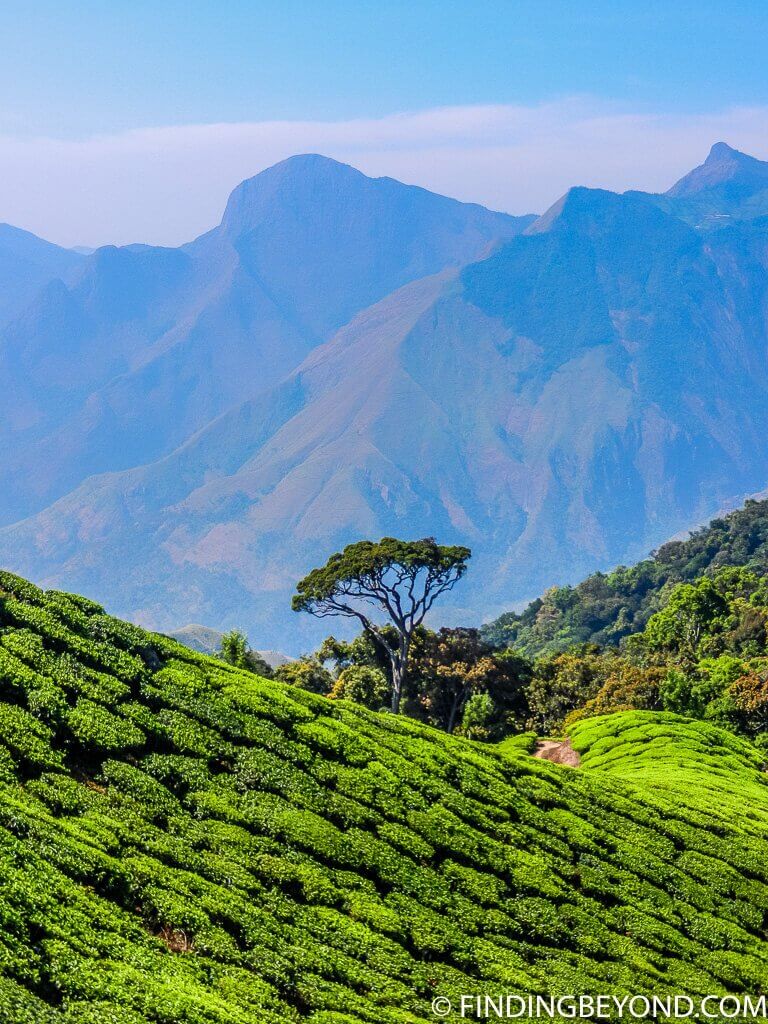 If you’re in the mood for a little adventure, you can trek to Anamudi Peak, the highest peak in South India that reaches 2700 meters! While I didn’t do the trek myself, I didn’t want to leave it off your list of possibilities…

Keep in mind that while the city of Munnar itself is a bit uneventful, you only need to venture 10 kilometers from Munnar town itself to bask in the glory of nature. The villages of Mattupetty, Pallivasal, Chinnakanal, and Anayirangal are my top recommendations of places to take a rickshaw to so you can explore to your heart’s content!

Visiting Varkala – What To Do And See

Varkala can be found roughly 50 kilometers north of Thiruvananthapuram city. If you’re looking for a peaceful getaway, this is my top recommendation in Kerala. Papanasam Beach, also more simply referred to as Varkala Beach, has a revered natural spring that promises to purge all sin from your soul. While I can’t promise that my sins were effectively purged, it was a delightful way to spend an afternoon soaking in the holy waters. Varkala beach also allows easy access to the sea, perfect for sunbathing, swimming, or basking in beautiful sunsets. Surf and Soul school also offers surfing lessons or will rent out gear if you feel like hitting the water! 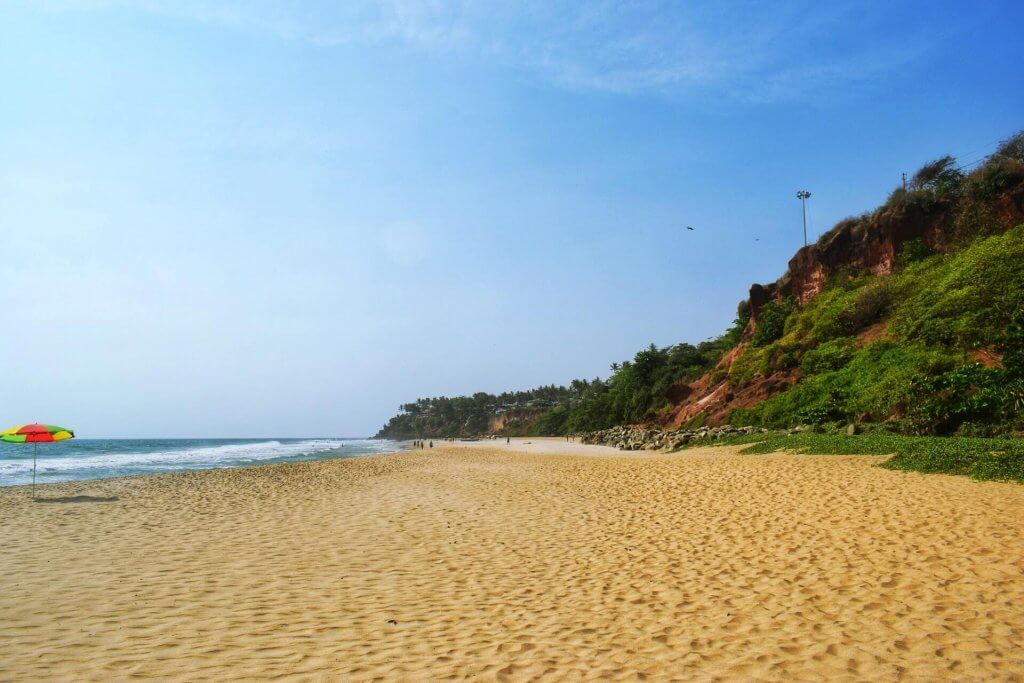 Varkala is also home to quite a few exceptional temples and Hindu sites of great significance. There is a 2000 year old shrine called Janardhanaswamy Temple, where you can feast your eyes on intricate and ornate architecture, statues, and designs.

You should also plan on visiting Sivagiri Mutt, a sprawling 200 acres of campus that is the so-called resting place of the guru. Each year, thousands of pilgrims visit to pay their respect. Take a turn. Wander the grounds. Feel awe shaking through your bones.

Final Thoughts on Planning A Trip To Kerala 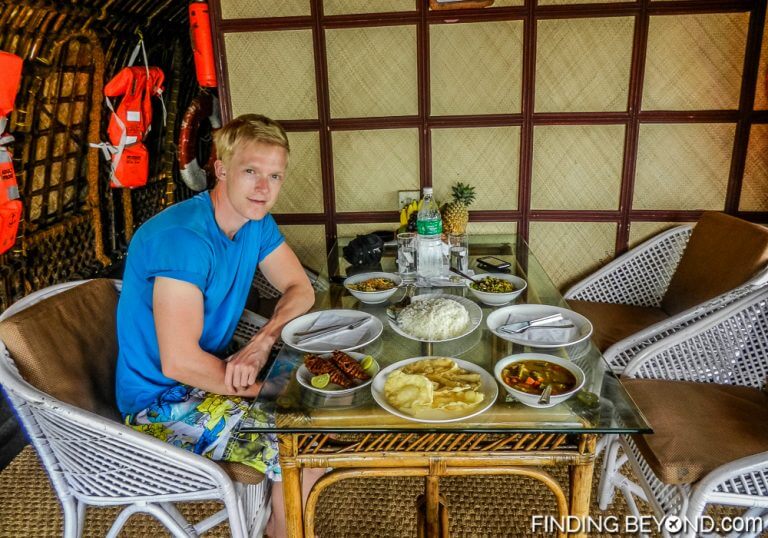 I hope my piece helped you catch a glimpse of the magic in Kerala. There is not so much of the throbbing hustle-and-bustle of Delhi, but instead you can expect laid back vibes accentuated by alluring atmospheres filled with cups of tea, holy waters, and healing ayurvedic treatments.

While I certainly could recommend a dozen more things to do and see in Kerala, like coasting along the Alleppey Backwaters or attending darshan at the Amritapuri Ashram, I’ll leave you with this, dear reader, a video. I found that this Youtube video captured the authentic essence of Kerala. 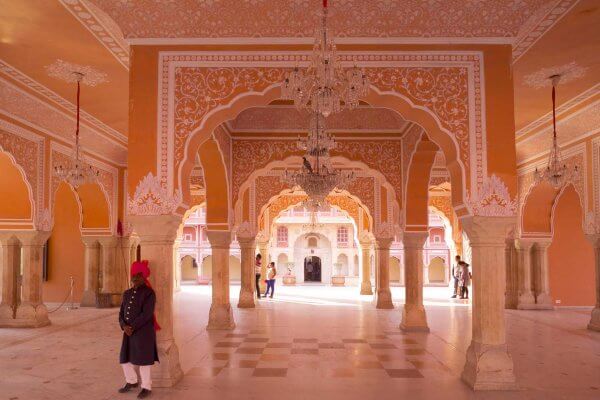 Visiting India? Make a Beeline for Jaipur, The Pink City 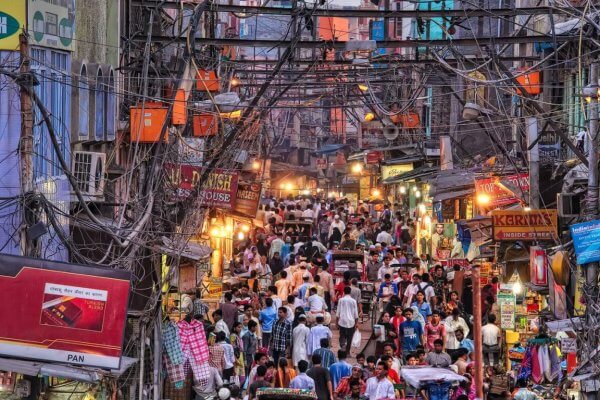 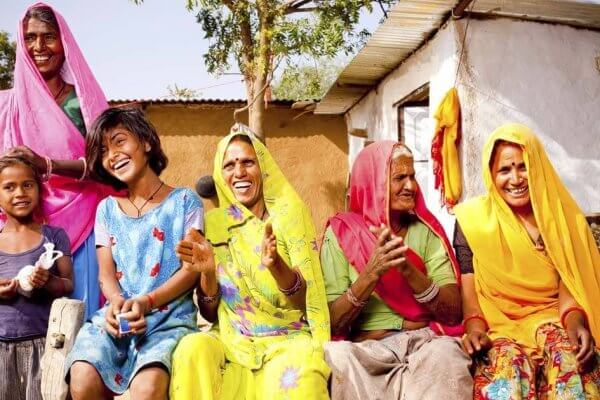