Despite soaking in thermal water to ease certain ailments has been a practice going on for millennia, there is still no scientific consensus on whether it is effective or not. This doesn’t stop the millions of tourists from all over the world flocking to thermal spas to enjoy moments of relaxation, massages, soaking, and “wellness” at the resorts built around famous thermal springs.

There are many such places in Europe, some better-known, others off the beaten path, with different sets of amenities. Some of the most notable are the Baden-Baden “Kurhaus” which doubles as one of Europe’s best casino destinations, the Wiesbaden spa that attracts hundreds of thousands of tourists each year or Iceland’s famous Blue Lagoon.

There are, in turn, others that are further off the beaten path where you can find unique experiences without being overwhelmed by a crowd. 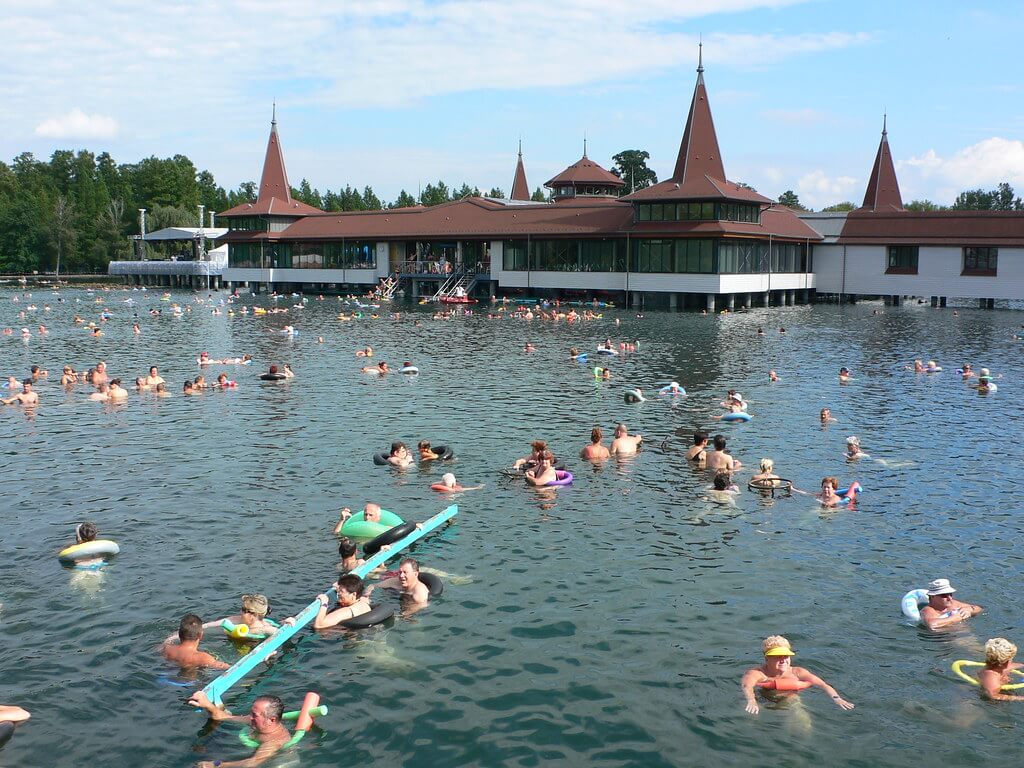 Heviz is a small town close to Lake Balaton, the biggest lake in Central Europe. Its lake, also called Heviz, is famous not for its size but for its nature: it is the biggest thermal lake in the world available for bathing. The lake is fueled by both hot and cold springs, which makes its water the perfect temperature in the summer (around 37 degrees C) and available for bathing in the winter, too (around 24 degrees).

Lake Heviz is a natural lake with its flora and fauna. At the same time, it is said to have curative properties as well: it is thought to help patients suffering from locomotor disorders, rheumatic diseases, and others.

Budapest has been called the “city of spas” for a long while, considering how many thermal springs there are in and around it. While it was under Ottoman rule, the occupants established several Turkish baths in the city. Today, Budapest doesn’t have as many baths as it had back in the day but the Széchenyi Baths complex is the most famous medicinal spa in Hungary – and the biggest in Europe.

The thermal waters of the Széchenyi Baths are thought to be effective against ailments like degenerative joint conditions and arthritis. Internally, it is recommended to treat various stomach and intestinal conditions.

Băile Felix is a thermal spa complex close to the Western border of Romania. Its thermal springs were first described by a monk in the early 18th century when the first treatment facilities in the area were established. During the country’s Communist rule, the springs were transformed into a major recreational complex, often visited by local and foreign tourists.

After the fall of the Communist regime, during which the spa resort has lost its shine, it has recovered some of its visitors (and amenities), becoming a pretty popular destination, especially to locals. Most of them go there to enjoy the health benefits of its waters thought to be effective against articular and muscular pains, and neurological and gynecological diseases.