Whether for business or pleasure flying has become a fact of everyday life, and though airlines have come on leaps and bounds in recent years when it comes to customer service, major delays and even cancellations are still unfortunately common-place.

They not only cause emotional stress but have the potential to seriously disrupt holiday schedules with knock-on effects that can lead to missed connections and even more stress.

The last year saw a huge surge in delays – one in every five flights from major US airlines suffered significant delays or cancellation for example.

So what can you do to avoid flight delays? And what compensation is out there should you get caught out? We begin by offering our top tips for trying to avoid delays in the first place. 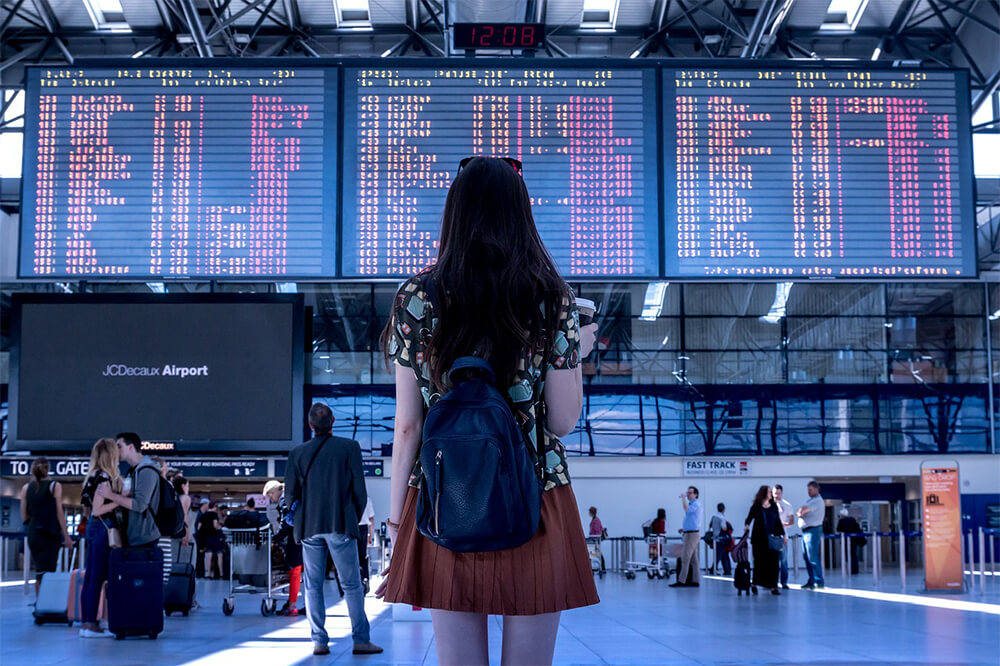 It’s rare for the first flight of the day to suffer a major delay since airlines have plenty of time to repair faults or fly in an alternative aircraft to keep their daily schedule on track.

Short delays throughout the day can soon add up, particularly on short-haul flights where the same aircraft is going to and fro multiple times in a 24-hour period, so booking a later flight increases the chances of being delayed.

Holidays periods such as Christmas, and the months of July/August when schools have broken up for the long summer break, are the busiest times of year for airports and airlines alike, increasing the chances of delays occurring simply because airports are working at close to maximum capacity and the skies above our heads are also busier.

Avoiding these times of year whenever possible will reduce your chance of getting caught up in the mayhem.

Likewise, Sunday is the busiest day of the week for air travel, with flights less crowded (and cheaper too) on Tuesdays and Wednesdays.

Check out this article for more information on the best and worst days to fly.

It’s not always possible to fly directly to your destination of choice we know, but when it is, this is the option you should take to help avoid delays and cancellations.

Needless to say perhaps, the more stopovers and connections exist in your itinerary, the greater the chance there is of suffering a delay somewhere along the line.

A delay in your first flight can also have a major impact on the rest of your itinerary, causing a domino effect of delays and missed flights. This is especially true for travelers on longer journies. But there a few ways to find the best flights for long-term travel too.

There are some airports around the world that have a reputation for delays, so why use them?

A quick online search will show you which airports to avoid, but this doesn’t mean you can’t visit the destination of your dreams. London, for instance, is served by no less than five different airports, with a large variation in delay statistics.

Not only are smaller airports less stressful affairs all-round with smaller numbers of people and shorter queues for security, but generally speaking, the larger an airport is the more likely it is for delays to occur.

This is simply because bigger airports have larger numbers of flights coming in and out each hour, which is generally when delays occur.

Using a smaller airport is, therefore, another way to mitigate the risk against delays and cancellations. But what compensation is there when you’ve followed our top tips and still suffer?

Compensation for flight delays and cancellations 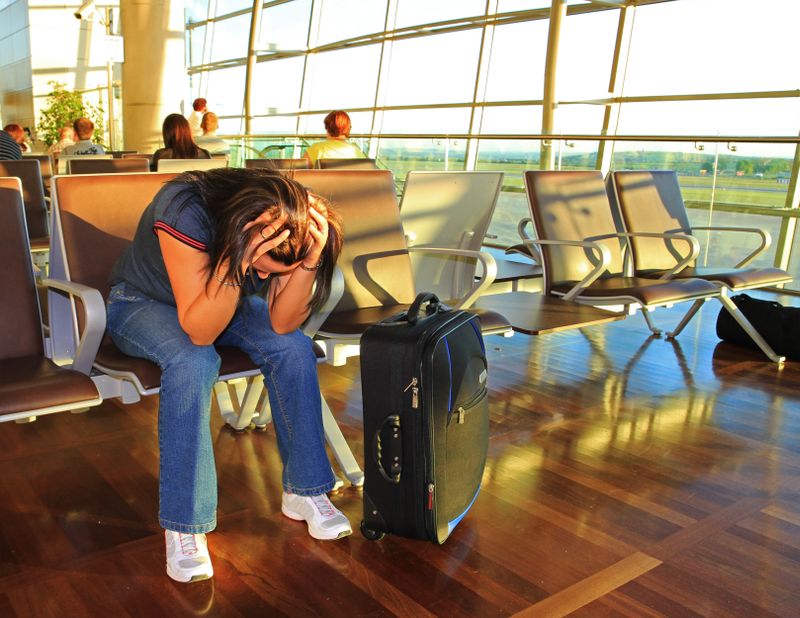 Even the most respected airlines, such as British Airways, are known to delay and cancel flights, and to overbook them too. Nine million passengers a year are entitled to compensation as a result, yet only two-thirds ever get around to doing anything about it.

The good news is that many airlines around the world – including British Airways – are now required by law to offer monetary compensation (rather than vouchers for money off future flights) for any passenger who has suffered a delay or cancellation to their scheduled itinerary.

For flights that start, end, or pass through the airspace of the European Union, for instance, compensation of at least £100/$150 must be offered to each passenger who endures a flight cancellation or a delay of three hours or more – irrespective of the cost of the flight.

Thankfully there’s no need to fill out a complicated series of forms to claim your British Airways compensation.

There are a number of companies out there who will do all the leg work for you. These companies will use their expert know-how to help you claim the British Airways compensation you are legally entitled too, simply by giving them the details of any flight where you suffered a delay or cancellation.

With the process taking just a couple of minutes, we say why wouldn’t you?

We’ve all heard the groan rise up from a departure lounge when a flight delay or cancellation is announced. Our top tips are designed to stop you ever having to hear that sound of misery again, but should you be unfortunate enough to get caught up in a delay, we’ve also told you all you need to know about claiming compensation.

Want more useful flying tips? Check out – How To Get An Upgrade To Business Or First Class When Flying. 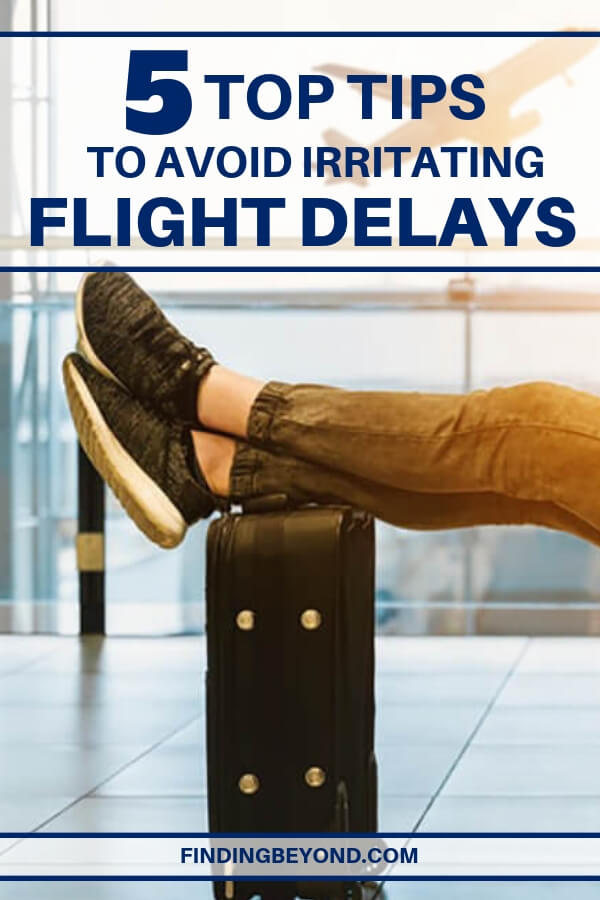 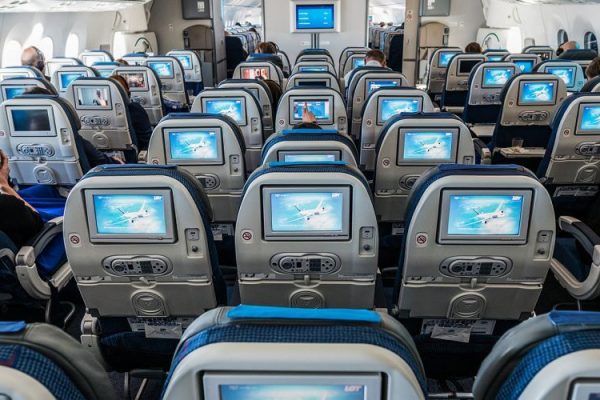 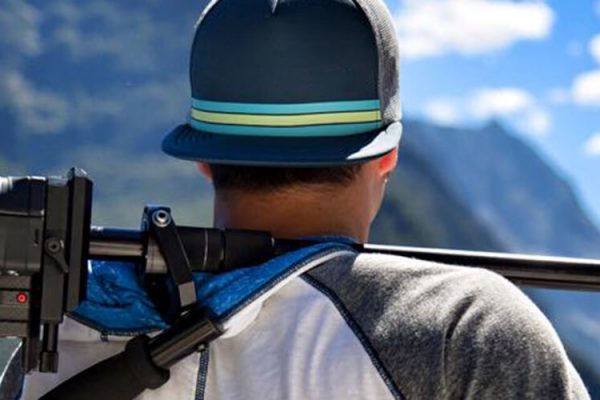 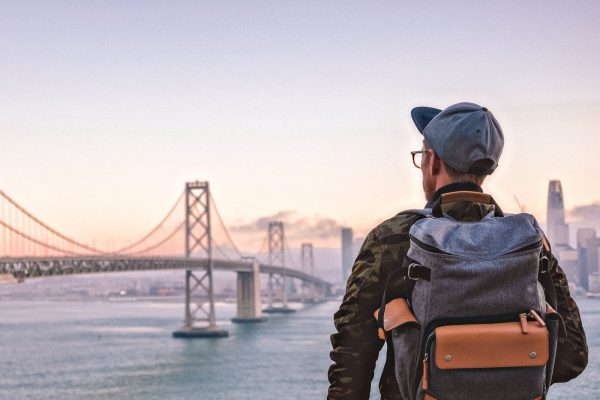 How To Protect Your Valuables On Your Next Adventure