If there was ever a place for a film location, Southeast Asia is it. Beautiful stretches of coastlines, turquoise seas, untrodden jungle depths and mountainous landscapes together with an array of different cultures are all packed into an area less than half the size Europe. 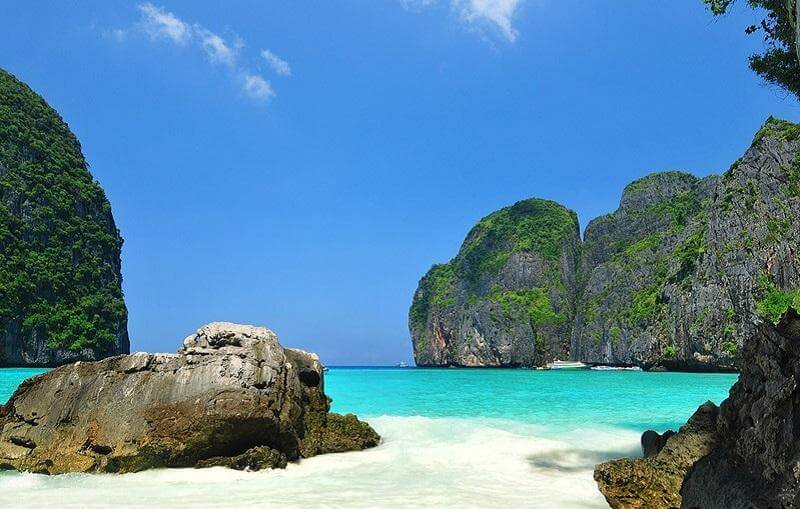 No longer do you need a secret map scrawled on the back of a napkin from some jittery mess in a Bangkok bar to get there: the location of this place is no secret anymore, but its beauty remains.

Hat Maya, the beach from the Danny Boyle movie, is simple to get to. Grab yourself a ride on one of the many longtail boats heading to Phi Phi Leh Island for around 600 baht. Be prepared to pay a 200 baht ‘tax’ to actually get onto the beach, and bring along some snacks and water as there is none of that here. Spend your day snorkelling, lounging and exploring and pretending that you’ve found yourself living in a real hippy commune for the day (minus Leonardo Dicaprio). 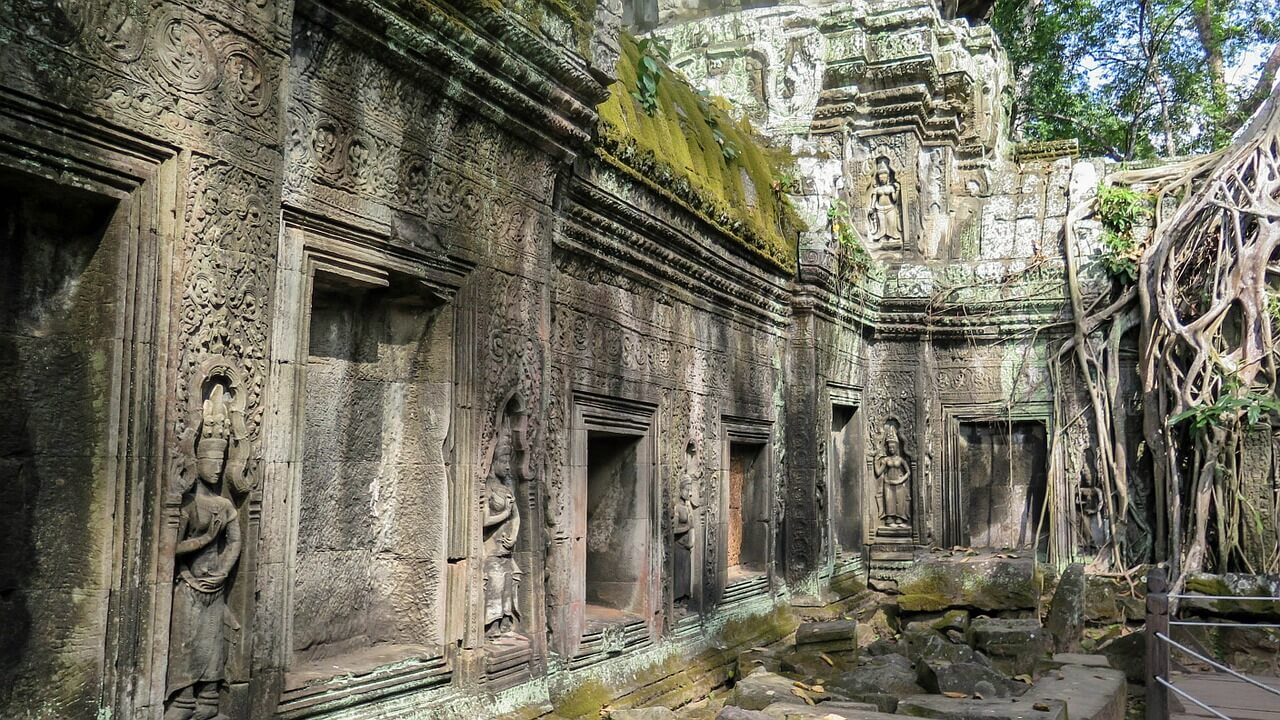 Find your inner Lara Croft when exploring the intricate and sprawling temples made iconic by Tomb Raider in 2001. The temples look like they are straight out of a film set and of course, they are, most notably the Ta Prohm temple where vines seep out of ancients walls and the jungle trees have taken over.

Don’t worry you won’t have to machete your way through undergrowth to get there, most Angkor Wat tours include a stop-off at the “Tomb Raider” temple complex of Ta Prohm as standard. To get there ask any tuk tuk driver in Siem Reap, or for a more reliable option enquire at your lodgings. 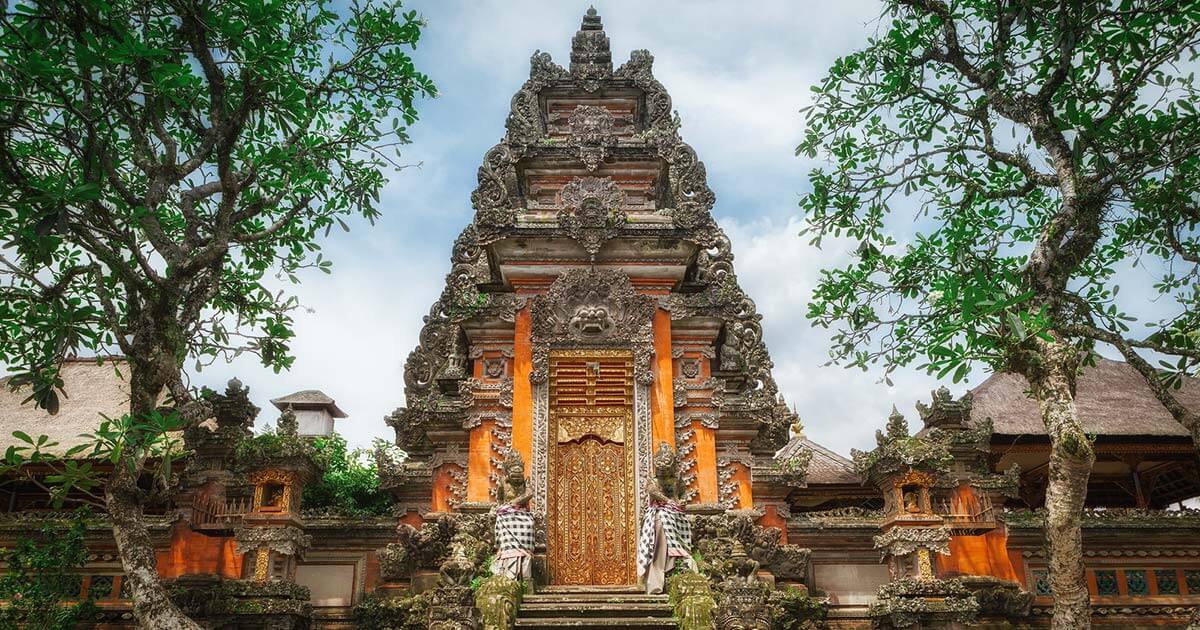 Eat, Pray, Love has become a classic movie for people looking to find themselves through travel, and there is no better film location to find yourself in than the chilled-out Hindu minority island of Bali, Indonesia. You can literally stay at the same place that Julia Roberts stays at in the film: Kamandalu Ubud – Resort and Spa. Other than that you can take a wander through Ubud Market and gaze down at the luminous green rice terraces as seen in the movie.

To get to Ubud simply grab yourself a flight Bali and take a taxi from Ngurah Rai International Airport an hour and a half to the cool uplands of Ubud. While you’re there, if you’re a fan of the book, head to Cafe Nomad, seemingly a mecca for fans of the books/film. 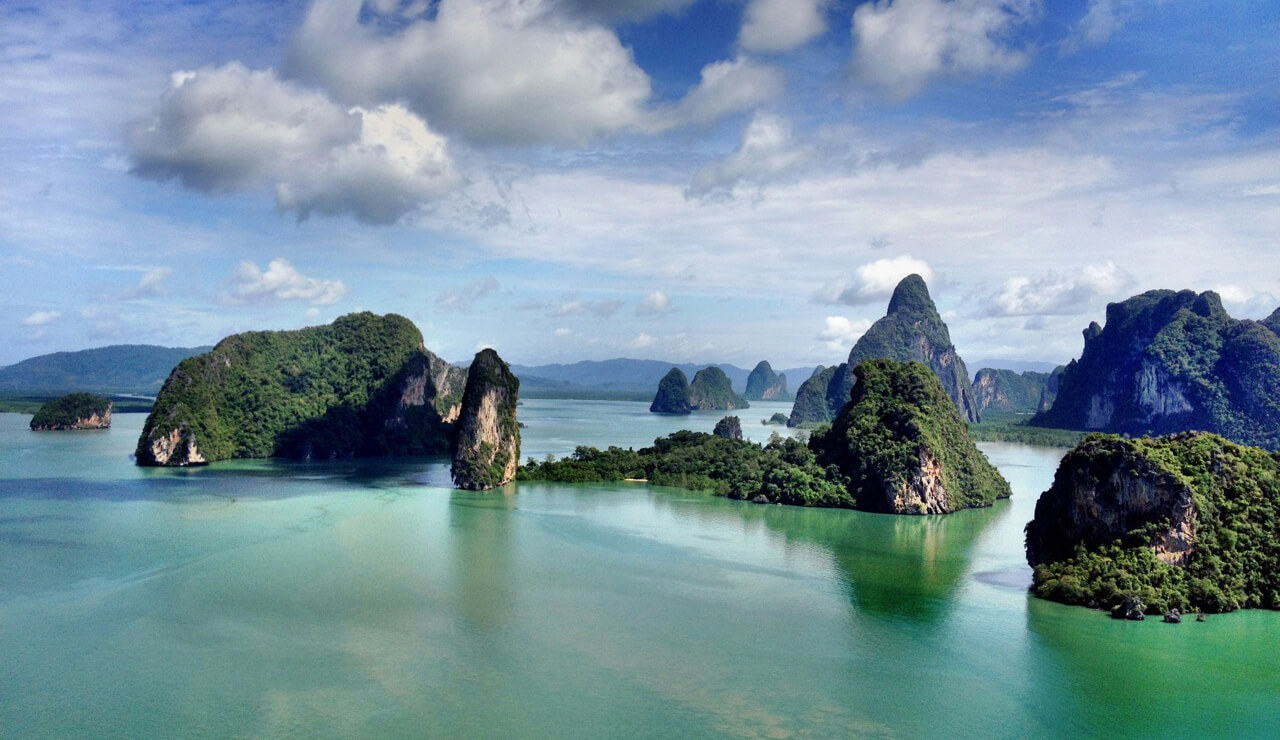 Limestone karst towers jut out of an aquamarine sea: this is paradise James Bond style. The famous island itself, located in Phang Nga Bay is called Khao Phing Kan but has been popularly known as James Bond Island since 1974, when it was featured in the James Bond movie The Man with the Golden Gun as the hideout for the film’s baddie Scaramanga.

Because of its popularity, most locations on Krabi or Phuket will be able to organise tours to this stunning movie location. Be prepared to pay well over 1000 baht to grab a boat there from Phuket, but once there you can indulge in the glittering glow of silver screen history. 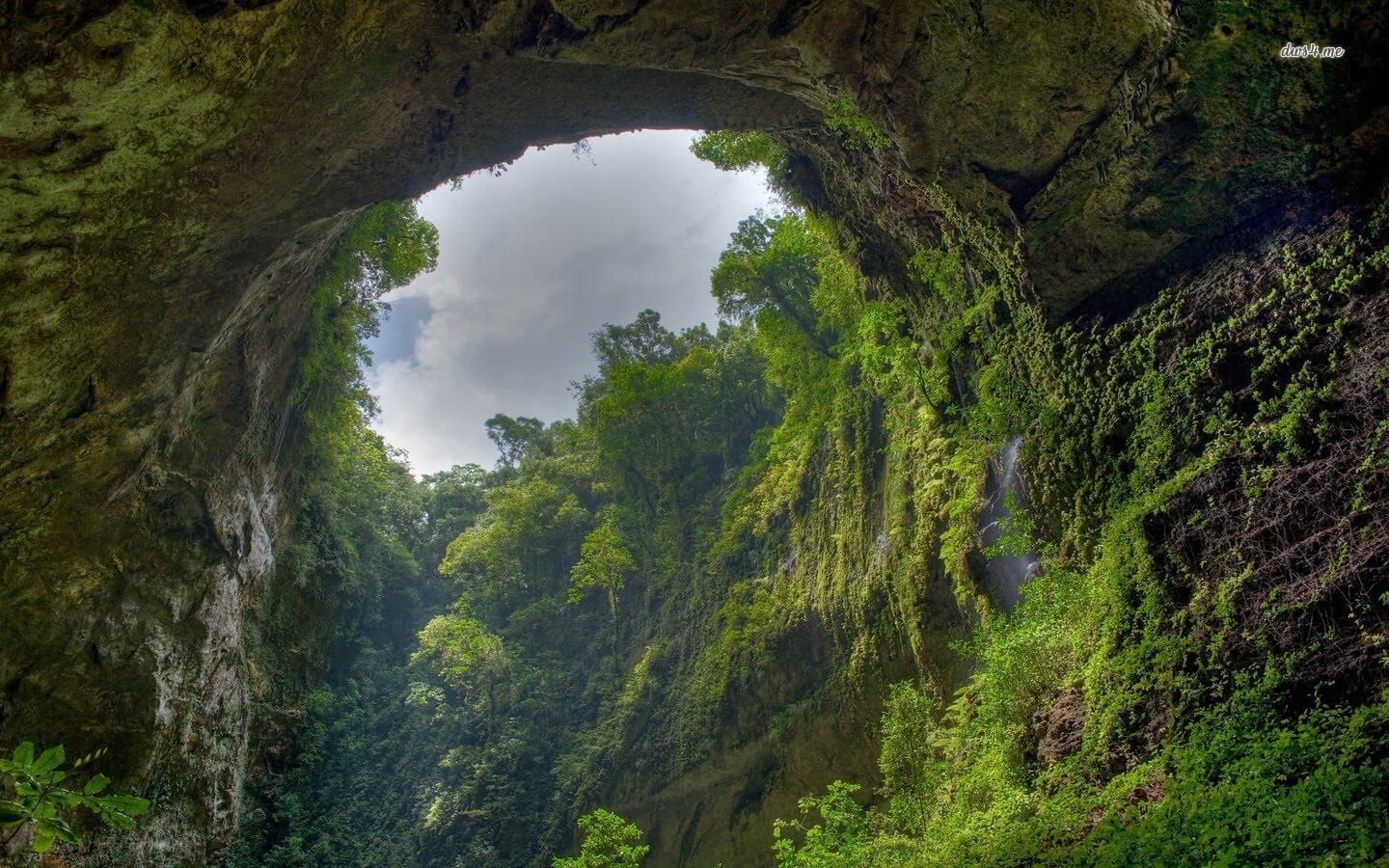 If you’re into monster movies you will want to take a trip to Son Doong Cave in Vietnam, recently made famous by a reboot of the King Kong franchise Kong: Skull Island. Its scenes in the Kong movie are epic, putting the humans in miniature within the gargantuan expanse of the cave.

Atmospheric and creepy, this cave network – like King Kong – is of giant proportions. Located in Quang Binh province of central Vietnam, Son Doong Cave was only recently explored in 2009 by the British Cave Research Association when it was discovered to be largest known cave passage in the world – it is so big it can fit a whole forty story skyscraper inside it!

One official tour, run by Oxalis, costs a steep $3000 for four days and three nights but includes overnight camping in the cave itself, which is pretty damn cool. The tours are booked way in advance so expect a wait for this gem of a film location. 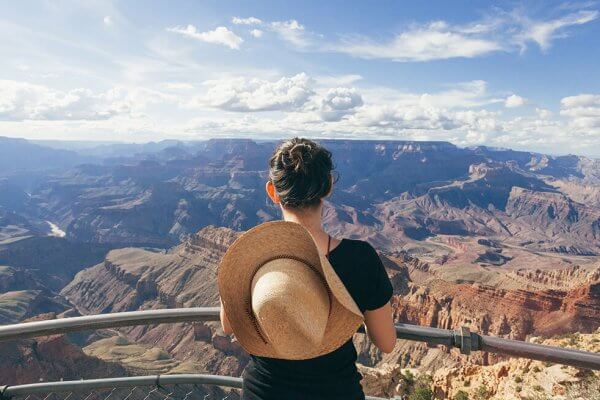 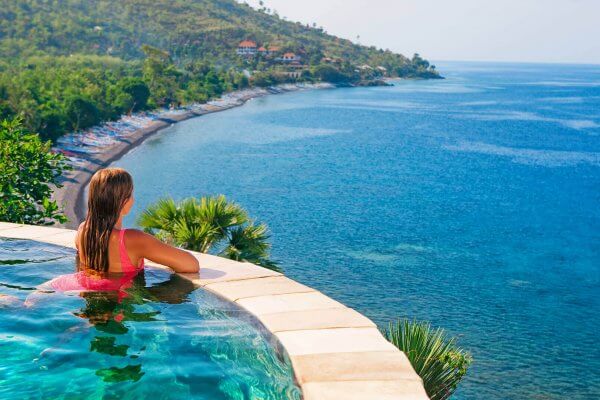 5 thoughts on "5 Film Locations to Visit in Southeast Asia"