10 Best Places to Visit in Iceland

Iceland is fast becoming a popular year round holiday destination. Iceland has so much on offer that it is difficult to narrow it down to just 10 best places to visit in Iceland, but we have done it! There are so many natural wonders to explore in Iceland that you could spend months here and only just skim the surface of what this small but mighty Nordic nation has to offer!

The best time to go to Iceland is in their summer months. Although still pretty chilly, well, icy in fact, the summer months in Iceland are generally pleasant and bright! If you want to see the Northern Lights however then the best time to visit Iceland is the winter months when the nights are long and dark and the Northern Lights dance in the sky above, a truly magical and memorable experience!

PIN this for Later?

Iceland is almost a stand alone country, neither truly in Europe nor part of North America. That said, they do partake in the Eurovision Song Contest so in that sense they are as European as they come!

Aside from the museums and galleries found in every major city, there is so much nature, countryside and wildlife to explore that doesn’t require you to be an expert explorer to enjoy the best places to visit in Iceland! As Iceland is experiencing a touristic boom there are many reputable tour companies who will happily take you on an adventure around this icy isle to get a taste of what it is all about. Then again, Iceland is a very accessible country and as such, exploring alone is easy and achievable too. However, if you’re looking for a hassle free holiday to Europe then opting for a pre-arranged tour is always the best bet!

So here’s my 10 best places to visit in Iceland.

Blue Lagoon is Iceland’s premier tourist attraction and it is not hard to see why. The Blue Lagoon is steamy and majestic, like something from a fairy tale. The blue of the Blue Lagoon is pale but solid, the ripples of the water glisten as the steam floats high in the air.

A visit here can last all day and we’re sure you’ll want to come back for more! This man-made lagoon is a geothermal spa that is located in the centre of a lava field just outside the capital city of Reykjavik. You can buy day passes to the Blue Lagoon on arrival and it is a great way to spend your first day before exploring all the other best places to visit in Iceland. Remember to pack your swimsuit!

You could easily hire a car from the capital city of Reykjavik and explore the Golden Circle for yourself. The Golden Circle is located in the south of Iceland and is the country’s premier travel route.

Jökulsárlón is high on the best places to visit in Iceland list and for good reason. It is a simply breathtaking glacier located in the south east of Iceland, not far from the Golden Circle. The Jökulsárlón also claims a glacial lagoon that boasts photo opportunities galore.

The Jökulsárlón lagoon is 814ft deep in places and 4921ft in length. It takes a good while to walk around! The Jökulsárlón lagoon can be found along the border of Vatnajökull National Park and leads out to the Atlantic Ocean. It’s incredibly cold, so unlike the Blue Lagoon, you won’t want to be taking a dip here! 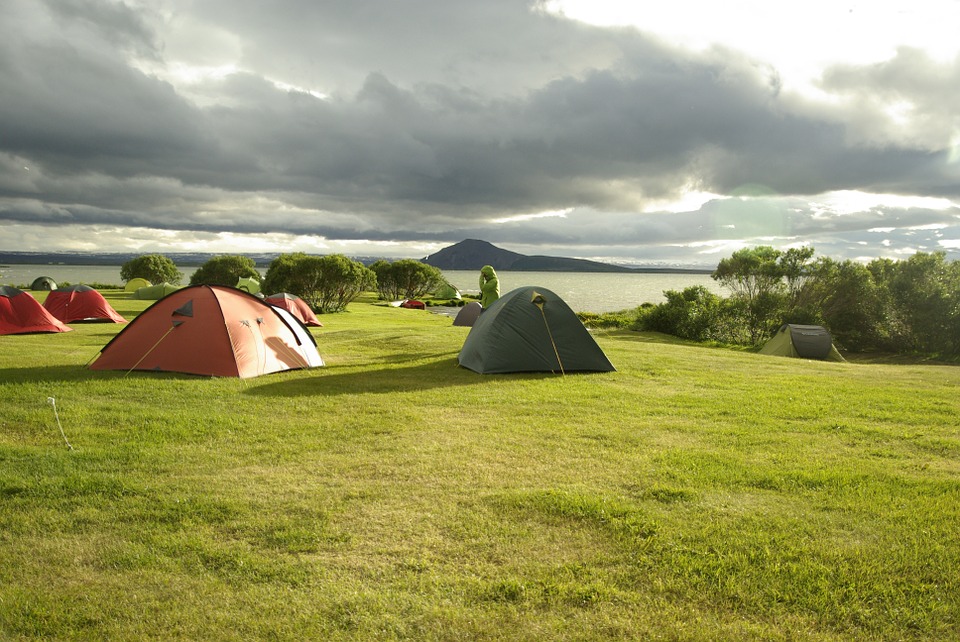 Mývatn is an exciting volcanic lake in the very north of Iceland. Located on the northeastern shore of Iceland the touristic base for Mývatn is in the small Nordic village of Reykjahlíð. In fact, Reykjahlíð is the base village for any explorations in the east of Iceland.

Mývatn is far greener than Jökulsárlón and more hilly in terms of terrain. The Mývatn Lake is very close to the Námafjall Mountain which is a natural hot spring area, home to boiling mud pools. Many people choose to do a combined day trip of the Námafjall Mountain and Mývatn Lake, or, take your time and head back to Reykjahlíð village and cover these two great spots over two days. 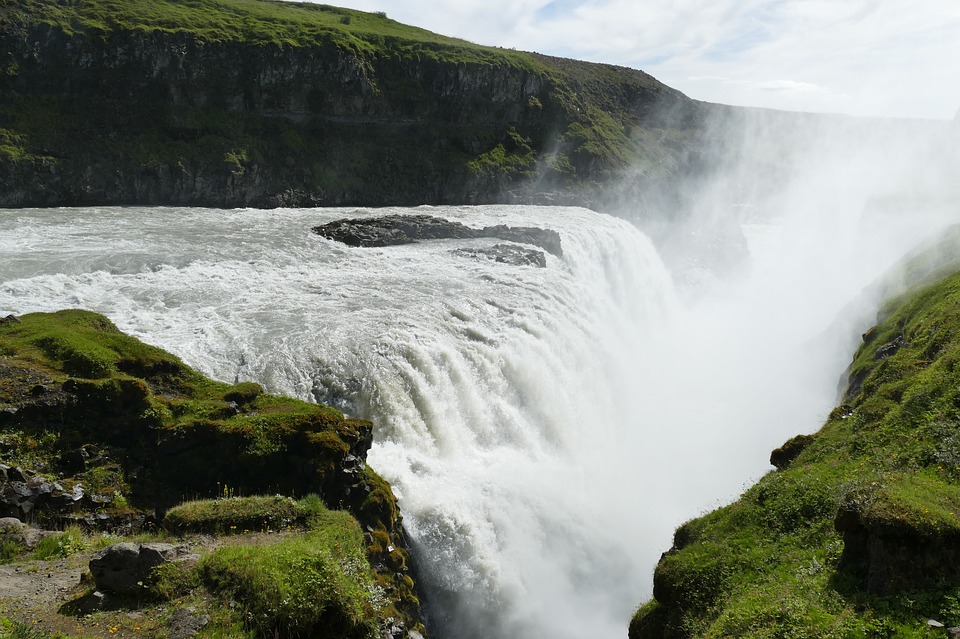 Gullfoss is Iceland’s most famous waterfall, and that is a compliment for there are thousands of amazing waterfalls in the icy nation of Iceland! Gullfoss is another of Iceland’s leading tourist attractions so be sure to schedule a visit before you leave. The water at Gullfoss flows fast and furiously, falling an impressive 104ft before hitting the water below.

Gullfoss waterfall is a feature of the Hvítá river and can be found in the south west of Iceland. It’s a key feature on the Golden Circle route and as such, sees many visitors come every year; despite that, the waterfall never feels overcrowded and the surrounding areas are very clean. 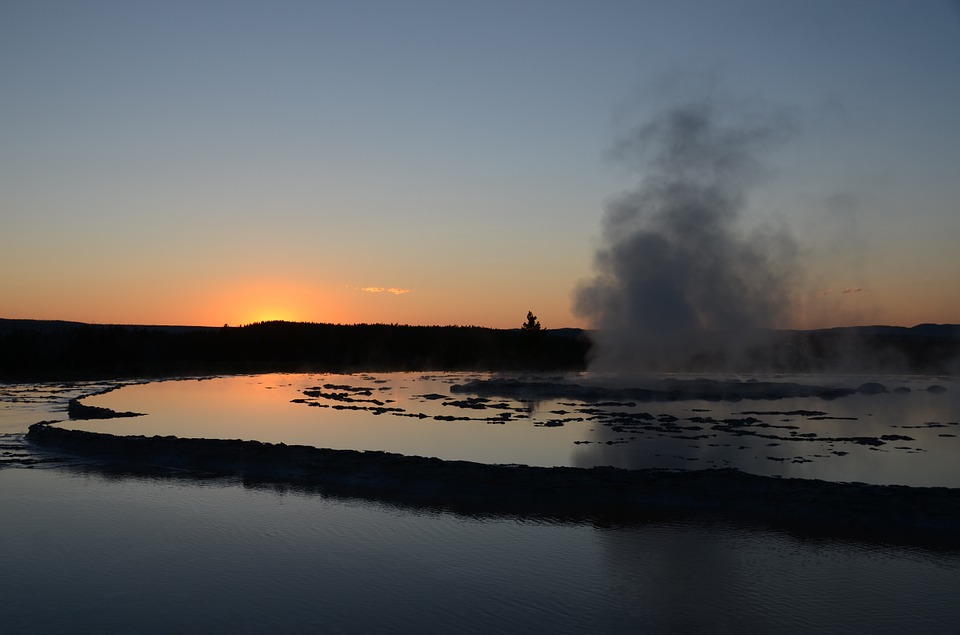 Geysir is one of the most exciting natural occurrences in all of Iceland. Geysir is sometimes referred to as The Great Geysir and it is not hard to see why! The Geysir is famous for it’s boiling water eruptions that spew boiling hot water up to 70m in the air.

Remember that the Geysir is a natural phenomenon so there is no telling when the Geysir will erupt. Be patient, the Geysir erupts frequently enough that you will see a spurt during your visit! 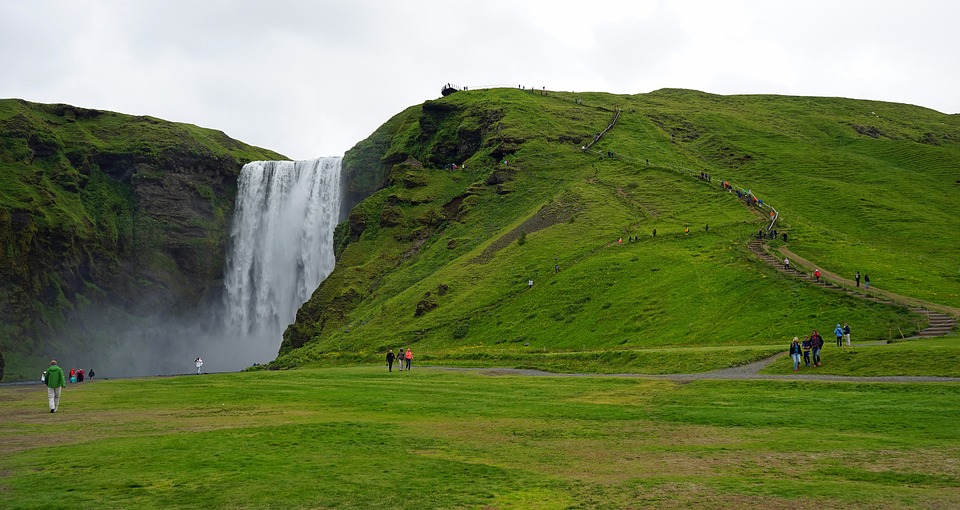 Skógafoss is one of Iceland’s most picturesque waterfalls. The photos you find in National Geographic and Lonely Planet are much a kin to what Skógafoss looks like in real life!

Skógafoss is huge! No two ways about it! The water of Skógafoss spans 82 ft wide and the water drops a whopping 197ft before hitting the Skóga River below. Local legend suggests that there is buried treasure hidden in the cave behind the Skógafoss waterfall. Will you dare to try and find it?

Landmannalaugar may seem like a bit of a mouthful but it translates to ‘the people’s pool’. Landmannalaugar is a secluded spot in the heart of the Fjallabak Nature Reserve in the Icelandic Highlands.

Landmannalaugar was formed by a lava eruption in around 1477 and as such is an ancient but perfectly formed geographical feature. Hiking to Landmannalaugar can be a bit tricky and it is advisable to go with a trained guide for your safety, but also for your enjoyment too.

Þingvellir is one of the most historical places to visit in Iceland and a very popular destination for travellers and holiday-makers a like. It’s also one of the country’s four vast national parks.

Þingvellir was home to Iceland’s parliament from the 10th century right through to the 18th century and as such there are relics and ruins to explore here. The Þingvellir straddles across two tectonic plates and is known as the Almannagjá fault.

There are so many more places to visit in Iceland, it would be impossible to include them all in a single blog post. With lagoons, sprawling countryside, glaciers, volcanic lakes, waterfalls, mountains, light shows in the sky and an abundance of wildlife, Iceland has enough to attract every type of traveller.

Linda is the founder of easytravel4u.com, she is passionate about travelling and also excited to share with you all her travel experiences and tips. Connect her via her social media Twitter and Facebook. 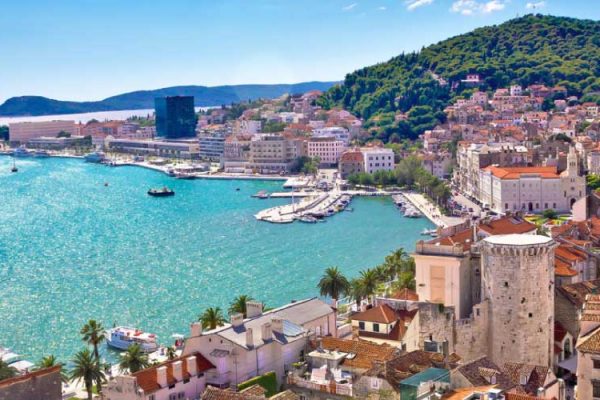 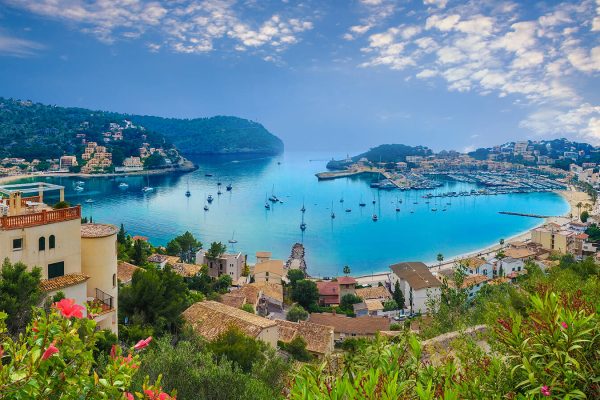 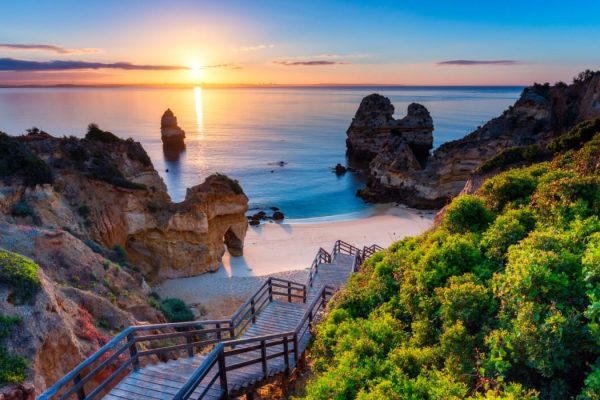 3 thoughts on "10 Best Places to Visit in Iceland"