Georgetown on Malaysia’s Penang Island is one of our favourite places in the world. It’s beautiful old town, famous gastronomical delights, stunning temples and awesome coffee shops are just a few reasons why we love Georgetown. Another aspect of the city that draws in many people like us is the vast amount of creative Georgetown street art around every corner. Georgetown’s old buildings have become a canvas for international artists which makes this place such a unique and artistic destination to visit.

Since Georgetown was given UNESCO World Heritage Site status in 2008, the city has changed dramatically. Tourism has soared as curious travellers began to learn about the city and its historic heart. Georgetown is a fascinating living museum. A multicultural community living amongst one of our favourite old towns full of crumbling Chinese shop houses, grand colonial buildings and ornate ancient temples. 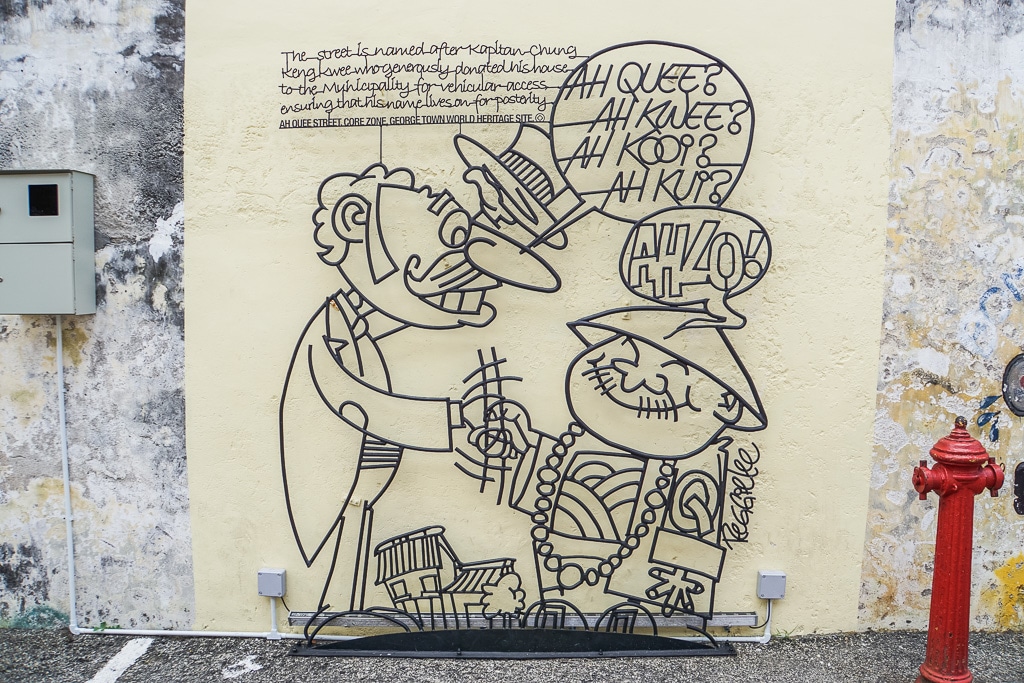 A “Sculpture at Work” piece

The city obviously has a lot of history and with the UNESCO award, Georgetown needed signage for this “living museum”. Instead of using simple ‘name boards’ to mark the places of interest, it had to do something creative to highlight the city’s unusual character. The idea would be a large open air gallery throughout the old town, for visitors exploring the heritage site. 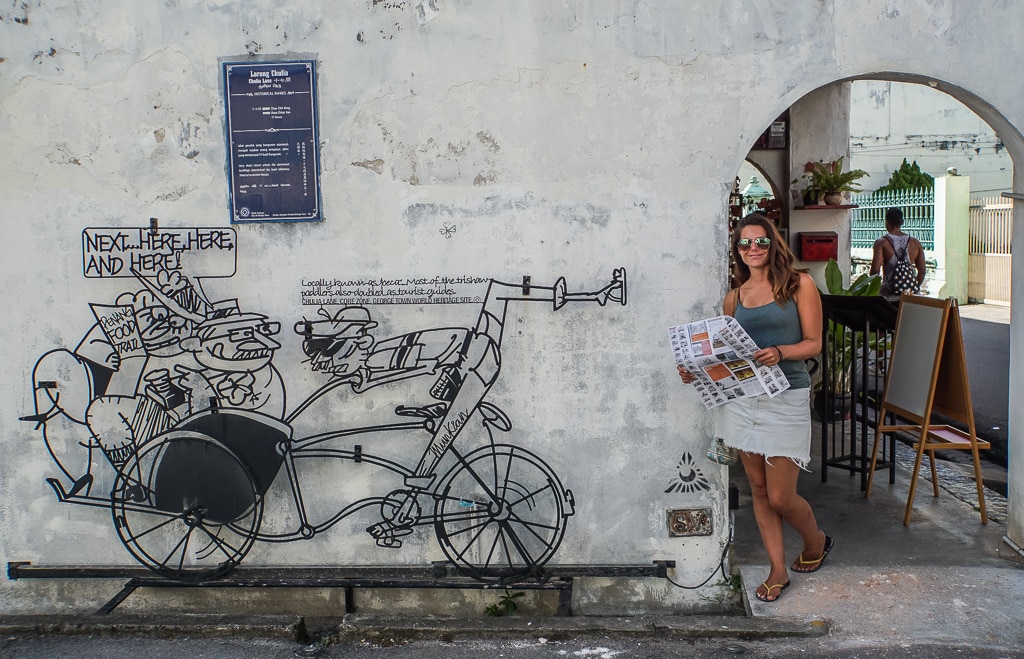 A “Sculpture at Work” piece

In 2009, Georgetown street art was born. An art competition was run by State Government called the “Marking of George Town”. It was won by “Sculpture at Work” with 52 steel rod cartoons called “Voices from the People”. These caricatures had designs displaying the character of Georgetown and it’s people. You can now find them all over the city at relevant parts of Georgetown. 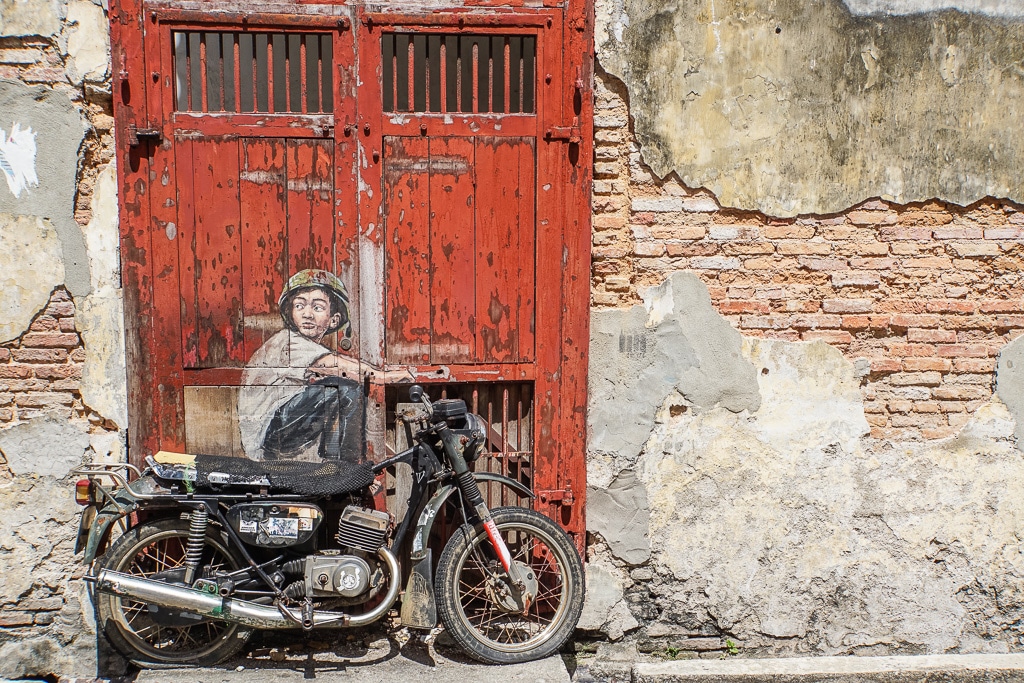 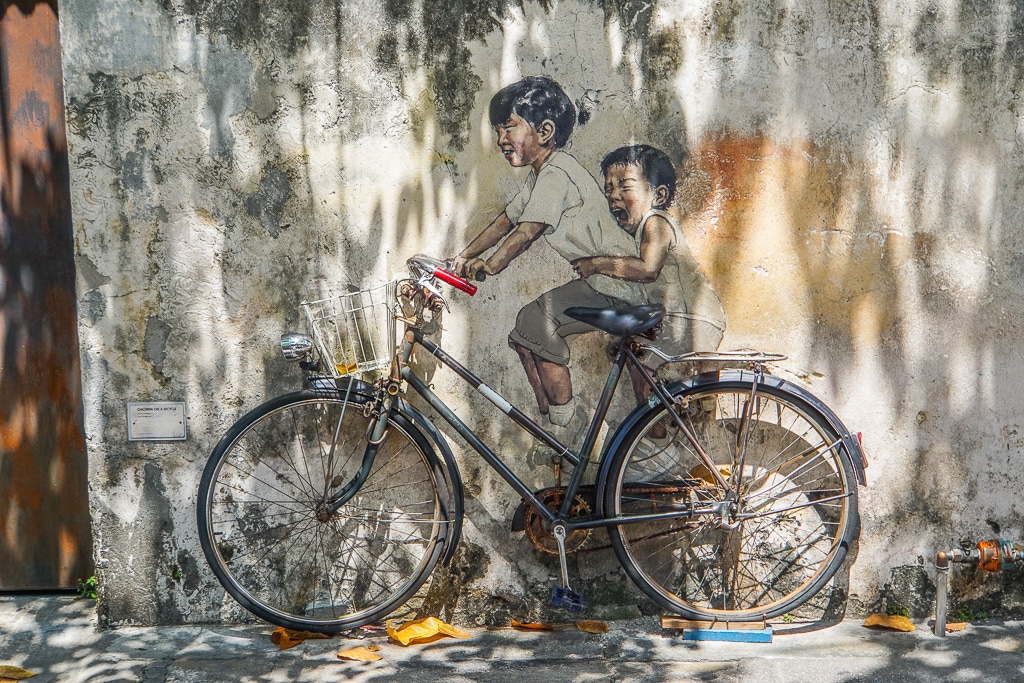 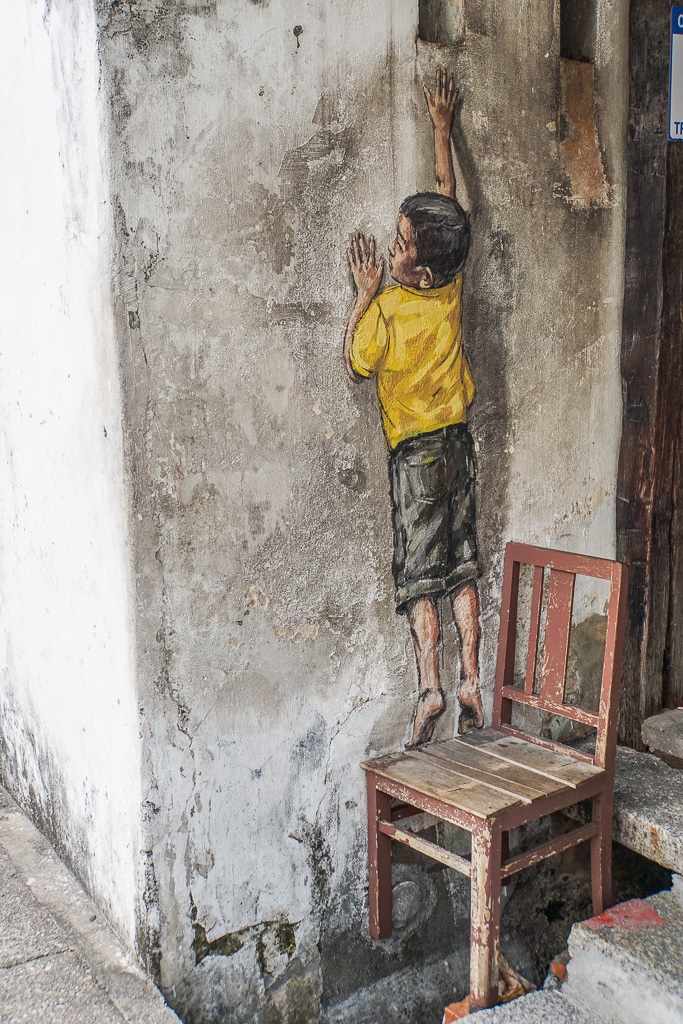 Ernest Zacharevic’s illustrations were commissioned by the Georgetown Festival in 2012, to reflect the multiculturalism and diversity of Georgetown’s inhabitants. It’s called the “Mirrors George Town” project and includes some innovative exhibits and impressive huge scale murals. 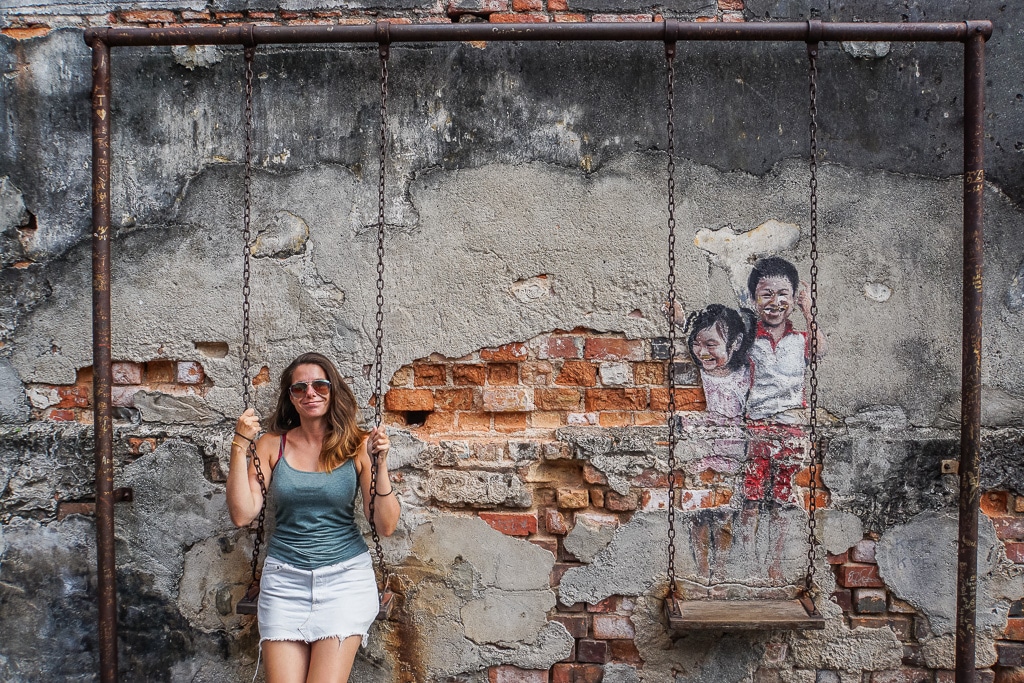 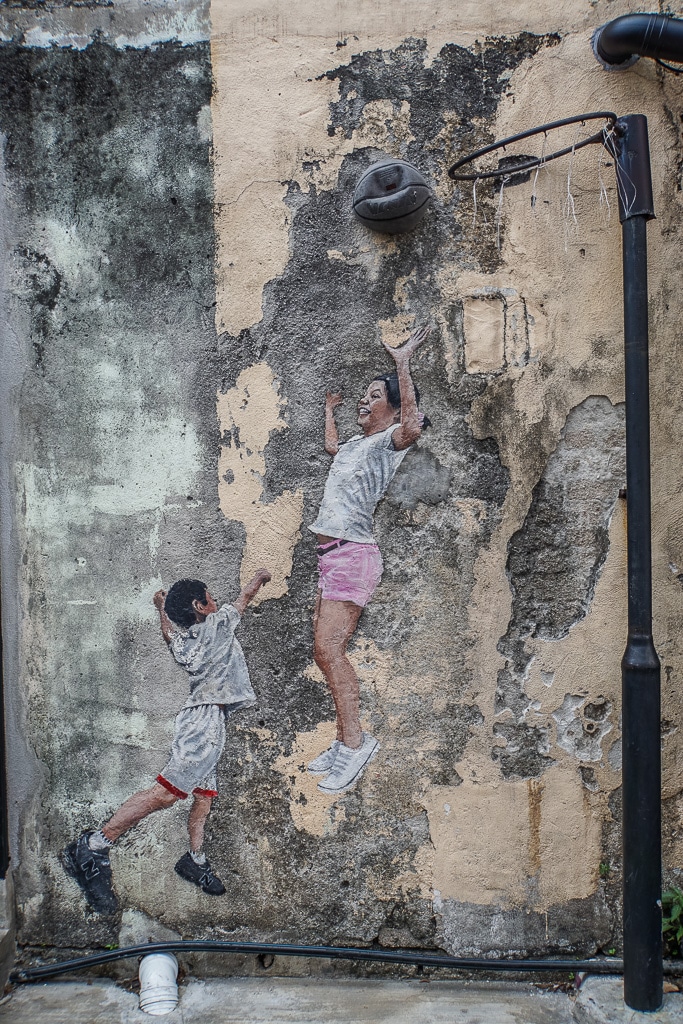 The large murals have transformed the old narrow streets to exciting and engaging areas. They’re a highlight for many locals and tourists. Ernest Zacharevic’s exhibits brought worldwide interest to the Penang and Georgetown street art scene. People now travel from across the globe to track down each and every piece by all the artists involved. 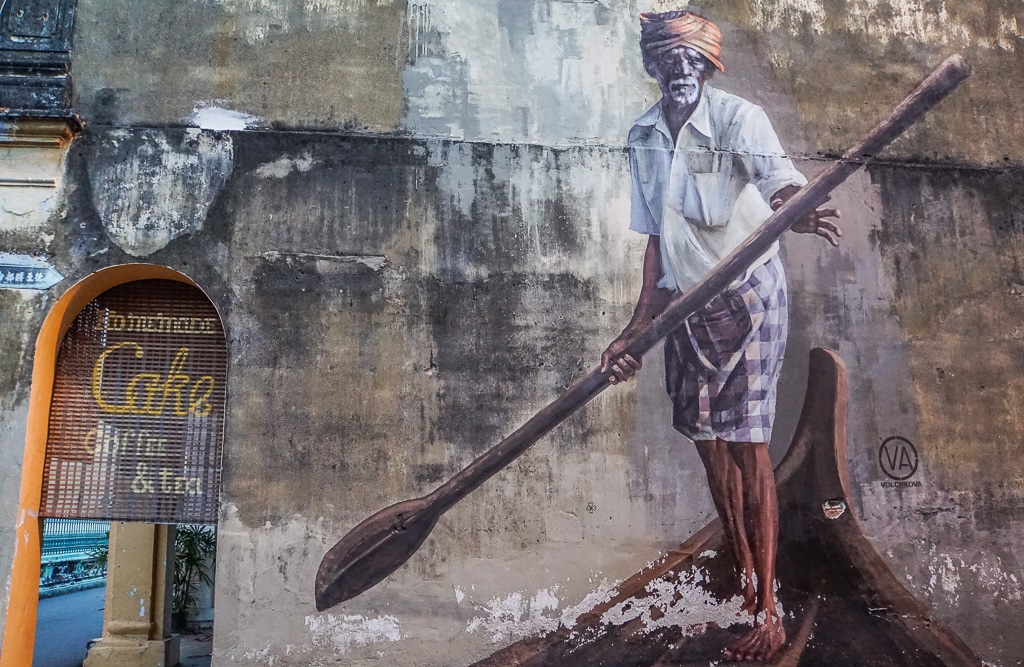 Some of the later Georgetown street art pieces were created by Russian artist, Julia Volchkova. In 2014, Julia was invited to paint scenes of the everyday people that represent the spirit of this multicultural community. She also more recently, in 2016, completed a series of murals in a village called Balik Pulau, which is located in the centre of Penang Island. It seems Georgetown street art is spreading! 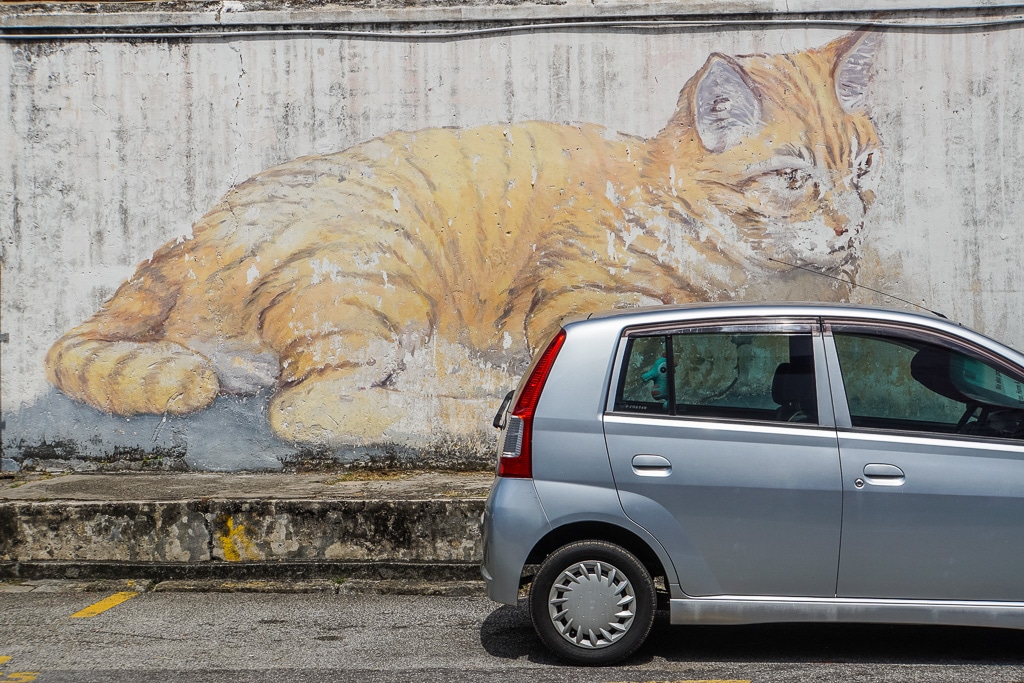 An “Artists for Stray Animals” piece

There are many other pieces of Georgetown street art to see by lesser known artists.

It’s great to see some charity artwork on the walls of the city like the above giant cat. This is one of 12 murals depicting cats and dogs as part of the 2013 Georgetown Festival. The murals are part a project called 101 Lost Kittens, by a collective named “Artists for Stray Animals”. The Giant Cat and many others are painted to create awareness of the need for people to protect animals and gain a love for pets. 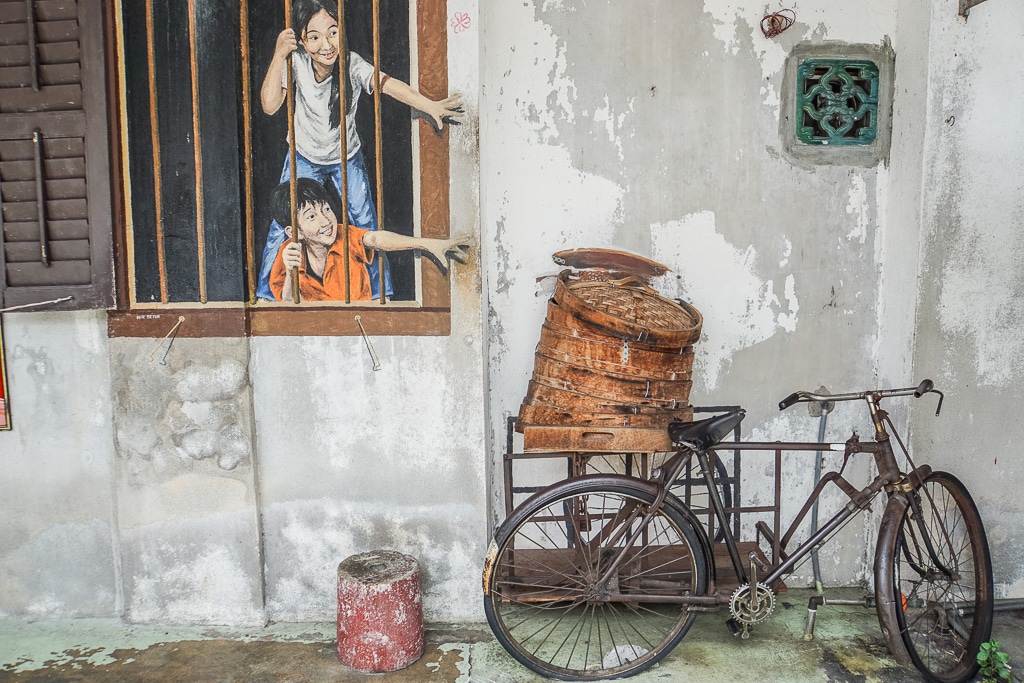 “I Want Pau” by WK Setor

Commercial Georgetown street art can also be discovered around town. This above illustration, showing two children in a window reaching for rattan trays of Pau (steamed buns), is a commercial billboard for the Ming Xiang Tai Pastry Shop next to it. The piece is titled “I Want Pau” and was drawn by WK Setor.

If you like George Town in Penang, you should also check out Ipoh in Perak!

How To See The Georgetown Street Art 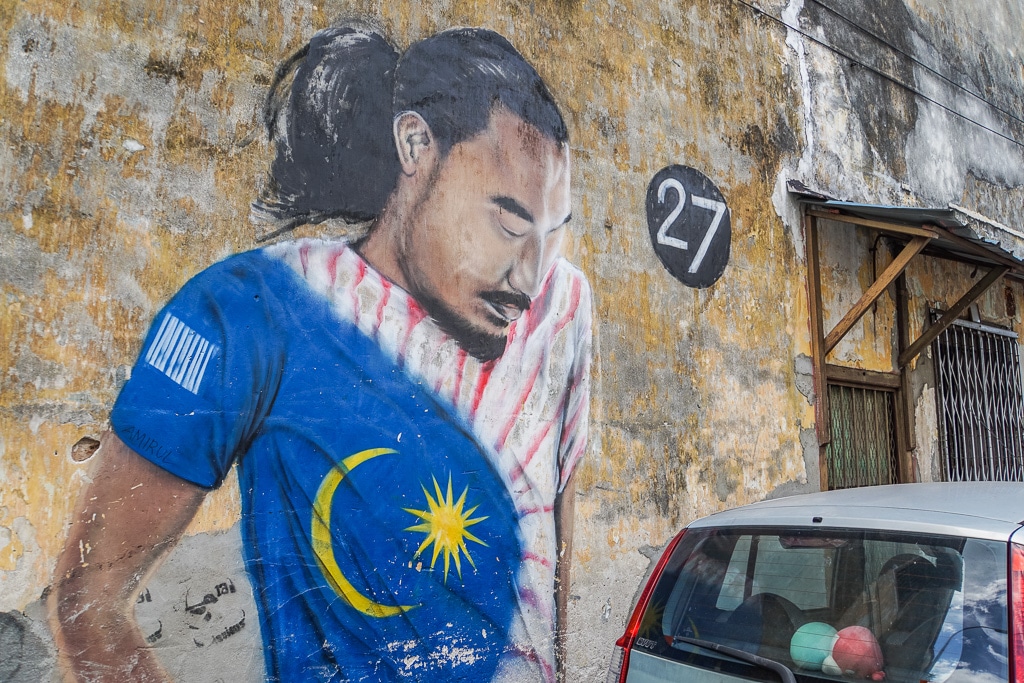 The best way to see all the Georgetown street art is to stay in the old town itself and walk to each piece. There are some wonderful hotels available. We can recommend B Street Hotel, with a location just around the corner from the highest concentration of Georgetown street art. There’s even a huge piece right outside the front door! 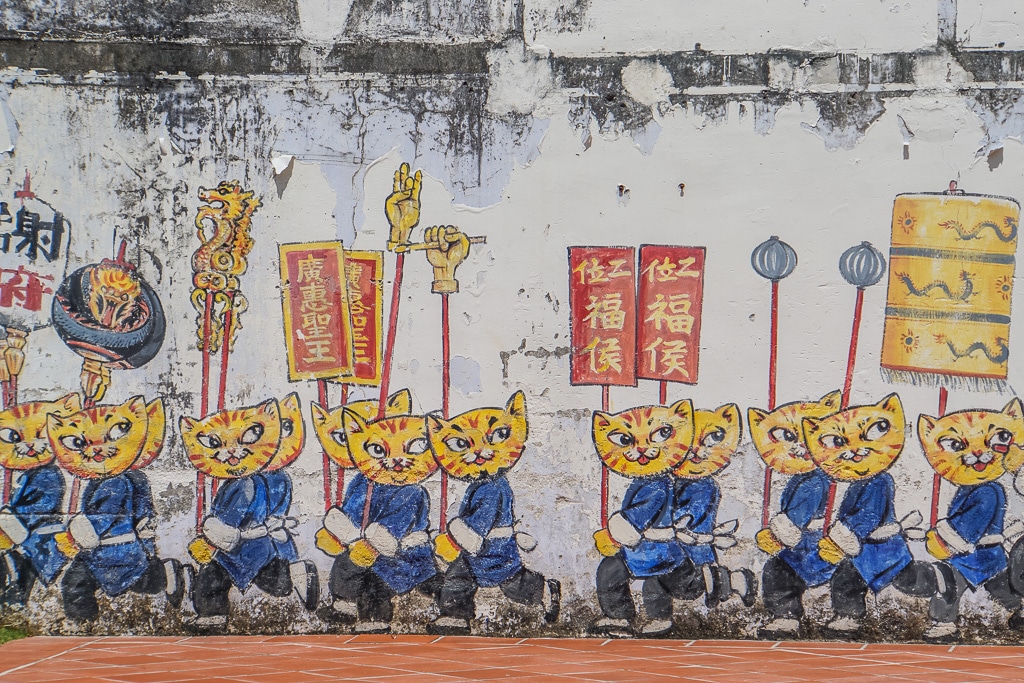 Grab yourself a Georgetown street art map, you can use this one to start with, but there are others available once you’re there. The distances between each piece isn’t much at all and you’ll often find one street containing many artworks. This is why walking is best. You could hire a bicycle too but be prepared to constantly alight if you want to collect photos of each piece. There are also hidden pieces inside shop entrances and cafe courtyards so keep your eyes peeled wherever you go! 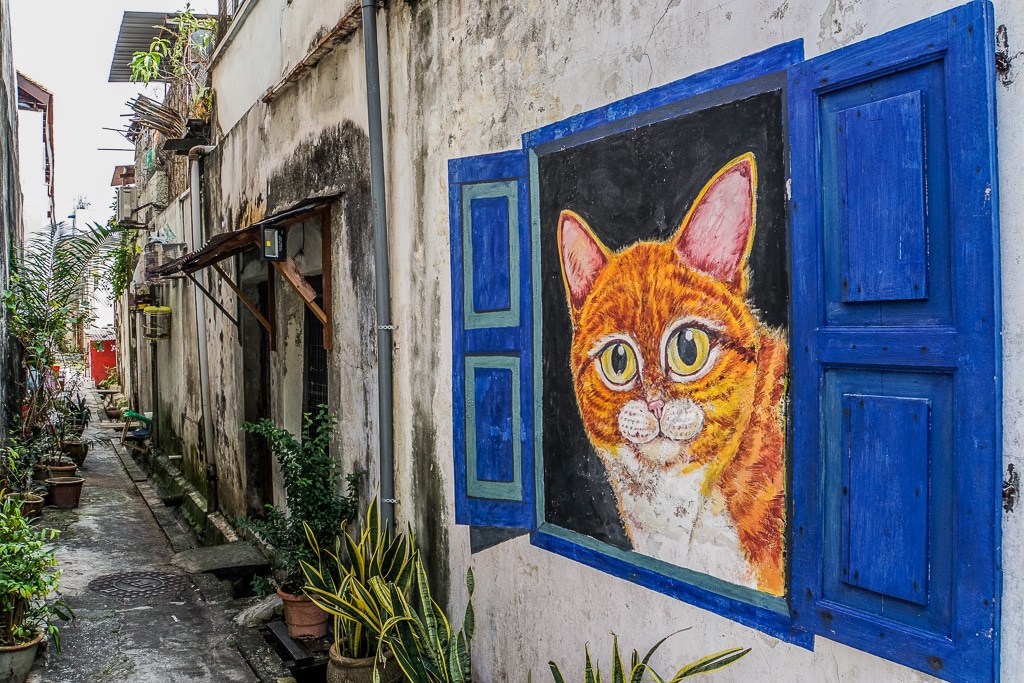 If tours are your thing, there are guided tours organised by the Penang Heritage Trust. PHT was the main campaigner for Penang to be listed as a 2008 UNESCO World Heritage Site, so they’ll be full of information as they guide you around the Georgetown street art. 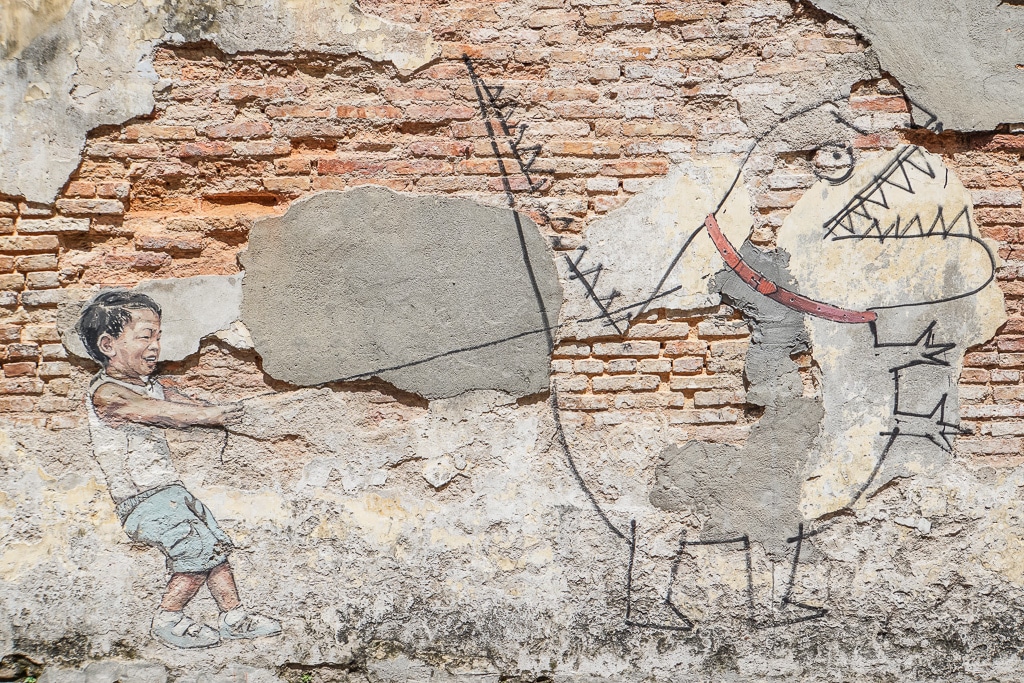 Being from London, we have seen a lot of street art. But we’ve never seen so many pieces in such a concentrated area. The works of art are created in many different ways from empty markers and spray paint to wrought iron, it works wonderfully with the city and compliments the crumbling and restored heritage buildings. And never before have we seen street art that tells a story like the awesome Georgetown street work does.

Have you been to Penang to see the Georgetown street art? Which is your favourite piece? Comment below.

Best Bali Resorts You Should Visit With Your Whole Family 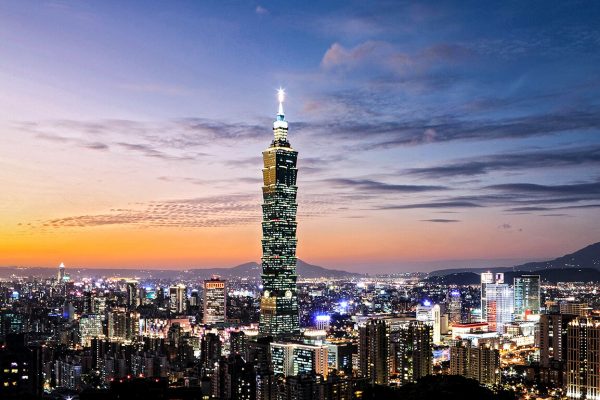 Places You Should Visit First When You're In Taipei 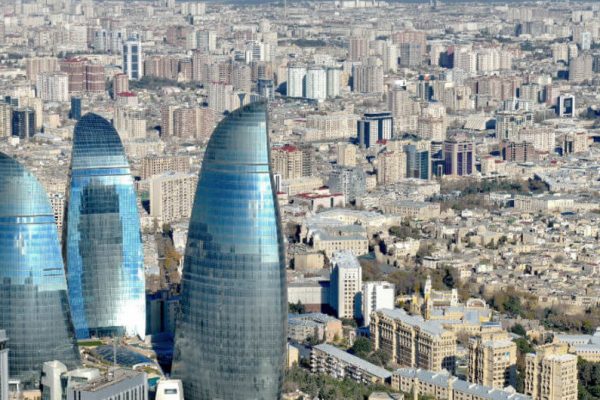